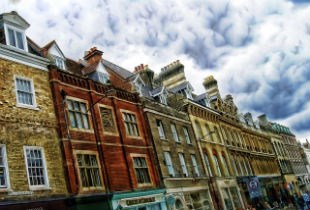 New research shows that home ownership is still the ultimate goal for an overwhelming majority of people, but not purely for financial reasons.

A new research report published by the Council of Mortgage Lenders (CML), reveals that 72% of adults want to own their own home in two years’ time, while 80% aspire to home ownership in ten years’ time.

The report, which was based on a survey carried out on behalf of the CML by YouGov, also touches on other less predictable findings.  For example, the research found that partial home-ownership was regarded as a good idea by approximately half of all respondents and more people see part-ownership as a stepping stone to full ownership, rather than a permanent tenure.

Although, the majority of those people surveyed also believe that it is harder than it has ever been for young people to buy their own home.  When including those people who believe it is “very difficult” the proportion rises to 85%.

On this theme, 75% of respondents believe that action is needed to help first-time buyers, with the government seen as having responsibility for this, along with mortgage lenders, house builders and local authorities.

When reviewing potential measures that could be adopted to improve the situation for first-time buyers, special incentives to save for deposits came top of the list, closely followed by the introduction of subsidies for first-time buyers.  Over a third of those surveyed supported the abolition of stamp duty, the reintroduction of mortgage tax relief and requiring developers to discount the prices of some new homes.

The value of home-ownership was not, however, seen in purely financial terms.  The two top reasons for home-ownership were the freedom to do what you want, along with knowing that once the mortgage is repaid, the property is yours.

‘The disparity between hope and expectation is particularly marked among younger age groups - fewer than half of those aged 18-24 who want to be home-owners in ten years think it likely that they actually will be’, the report stated.

Paul Smee, director general of the CML, said: “Like all good research, the findings give rise to some searching questions for the industry and Government – not least, how far it is possible to balance the tension between aspiration and achievability, which continues to be a feature of the UK’s relationship with home-ownership? And should tenure neutrality be the ultimate policy aspiration?”

You may also be interested in:
Helping your children to get onto the property ladder

For more information on getting onto the property ladder give our residential team a call today on 0345 345 6788. 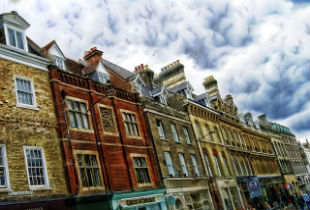