New research just released by the British Bankers’ Association (BBA) reveals that house purchase approvals fell to 36,997 in August, down 21% year-on-year, while a report from the Council of Mortgage Lenders (CML) highlights the importance of understanding regional market activity, given that the UK mortgage market is showing strong regional differences

According to the BBA house purchase approvals were down 21% in August and the first eight months of the year saw house purchases fall by 2% when compared to the same period the year before.

Gross mortgage borrowing was 1% higher year-on-year at £12.4bn in August, while remortgaging approval volumes fell 6% compared to the year before.

However, the BBA also reports that remortgaging approvals figures were 16% higher in the first eight months of 2016 in comparison with the same period in 2015.

“Mortgage borrowing is growing at a slower pace than it has for the last few months reflecting both the slowdown in housing market growth after the April spike and broader trends in the sector.”

“The fact that mortgage lending is still rising despite a fall in property transactions is a result of increasing house prices which are causing people to take out larger loans to afford a property.

“Although lending has shown strong growth over the past few years, mortgage approvals have been relatively flat and further increases in house prices could dampen market activity in the future, potentially causing growth in mortgage lending to slow.”

A separate research report published by the Council of Mortgage Lenders (CML) has highlighted the importance of understanding the regional housing markets, given that the UK mortgage market is showing strong regional differences.

“It is sometimes said that, instead of looking at the UK as one big national housing market, we would understand more by considering it as a series of smaller, regional markets,”

His view is reinforced by the CML’s figures for Wales, Northern Ireland, Scotland and London, which show that each of these markets has its ‘own unique characteristics, distinguishing it from the rest of the UK’.

For example, when comparing the first and second quarters this year it was found that the number of first-time buyer loans increased in Wales by 31%, in Scotland by 39%, in Northern Ireland by 18%, but in London by only 3%. Over the same period, lending to movers in Scotland increased by 11%, but it fell by 6% in Wales, by 7% in Northern Ireland, and by 37% in London.

The same types of regional variations were found in the remortgage sector: in Northern Ireland, remortgaging figures have been relatively static since the recession, but grew by 25% in the second quarter of this year. In Wales, they increased by 8%, in Scotland by 11%, and in London by 5%.

The CML’s research also found that first-time buyers have helped drive recovery in different markets, particularly in Scotland, Wales, Northern Ireland and London and that this became more pronounced in the second quarter of 2016. During this time first-time buyers borrowed more than movers in all four regions for the first time since the recession.

Another finding is that trends in borrowing by movers have been distorted by stamp duty reforms.

Heightened activity by borrowers anticipating changes in stamp duty helped to boost activity in the first quarter, which consequently resulted in a reduction in activity in the second quarter.

Nevertheless, in the second quarter, borrowing for house purchase was at its highest in Wales and Northern Ireland than in any year since 2007 – boosted by first-time buyer borrowing.

Affordability for first-time buyers continues to vary largely from region to region: those in Northern Ireland and Scotland borrow smaller amounts, while first-time buyers in London borrow twice the regional average.

First-time buyers in Northern Ireland are borrowing the lowest amount of any region, at an average of just over £91,000.

This is also significantly lower than their average advance of £122,000 in the second quarter of 2007. By contrast, in Scotland, Wales and London first-time buyers are all borrowing amounts that are close to or higher than their historical peak.

Interestingly, while the size of loans has increased across most regions, the proportion of income borrowers are paying each month to cover capital and interest repayments has dropped to an historic low.

The CML explains that this is due to a combination of rising incomes, historically low interest rates and a growing desire by borrowers to take out longer-term mortgages.

Gareth Hill concludes his report, by stating that the the idea of a uniform UK housing market with a ‘one size fits all’ approach for borrowers is illusory.

“The past three to four years has seen growth in all regions, despite varying levels of recovery from the recession. Northern Ireland saw a far bigger drop in activity and house prices than London. But despite their contrasting fortunes, first-time buyers in both Northern Ireland and London have been important drivers of the housing market.” 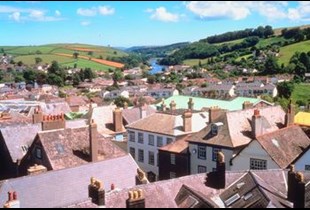