The Council of Mortgage Lenders (CML) has vigorously denied claims made by MPs that its members are a ‘stumbling block’ to longer rental tenancies.

The CML said that it had supported measures to make longer tenancies work more effectively, and that an increasing number of its members are willing to offer mortgages to landlords who want them.

In a recent debate in the House of Commons on the Homelessness Reduction Bill, Will Quince, former property lawyer and Conservative MP for Colchester said the CML was responsible in part for the barrier to longer tenancies in the private rented sector.

“…the stumbling block here is in fact the Council of Mortgage Lenders and insurers, which say that a tenancy of more than one year is not permissible in case the mortgage holder defaults and they need therefore to sell the property as quickly as possible to recover their losses,”

“It is actually those two different groups that prohibit leases or assured shorthold tenancies of more than one year.”

Supporting his claim was Marcus Jones, communities and local government minister, who added:

“My honorable friend has considerable experience in this area and is absolutely right. That was one of the challenges for residential landlords, particularly buy-to-let landlords, who are restricted by the terms of a particular mortgage product they take.

“Mandating landlords to take a longer tenancy than either a mortgage lender or an insurance company may desire would cause a significant conflict and might mean that tenants are not able to secure a tenancy.”

In response, the CML issued a statement saying:

“In a recent House of Commons debate, it was alleged that the CML was a ‘stumbling block’ to longer tenancies in the private rented sector, and that lenders won’t allow them.

But both of these assertions are incorrect.”

The trade body went on to say:

“While it is for individual firms to determine their lending policies, our own survey and the list of lenders published by Shelter show that there is a significant number of lenders that are prepared to advance mortgages to landlords who want to offer tenancies for two or three years – or even longer.”

The list of lenders, which housing charity Shelter says is “non-exhaustive”, names 13 lenders willing to lend to landlords who want longer tenancies, including Aldermore, Barclays, Leeds Building Society and The Mortgage Works.

The CML said it has written to the MPs involved in the debate to explain that when a tenancy agreement comes to an end, the lender does not require a landlord to change their tenant.

“Many landlords simply continue to rent to the existing tenant, and there is no limit to how long this may continue.

“So, lenders’ terms do not preclude tenants from occupying a rental property for many years in practice, if both landlord and tenant are happy with the arrangement,”

stated the CML. However, the CML added that it is not often that tenants ask for longer tenancies.

Bernard Clarke, communications manager at CML said that many tenants choose six- or 12-month tenancies due to the introduction of the standard assured shorthold tenancy by the 1988 Housing Act.

Work out your monthly mortgage payments with our mortgage repayment calculator. 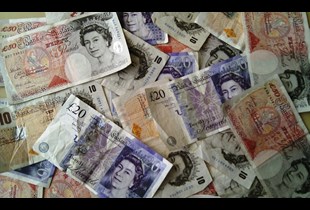