Results from the latest Property Investor Survey conducted by Mortgages for Business reveal that 60% of landlords now believe that they will be affected by the forthcoming changes to both income tax relief and stricter mortgage affordability checks.

The survey, carried out over a two-week period in November, was sent to MFB clients and advertised across social media and landlord forums. In total 283 landlords responded to questions regarding their portfolios and how they were financed.

Although 60% of respondents felt that they would be directly affected by income tax relief changes, 29% said they wouldn’t. It is thought that these landlords are predominantly likely to be a mix of basic rate income tax payers and landlords who operate their portfolios through limited company vehicles which are subject to corporation tax.

Commenting on the results, David Whittaker, CEO at Mortgages for Business said:

“The percentages feel about right for the market in general and it’s certainly been a tough 18 months or so for landlords, so it’s encouraging to learn that the majority are getting to grips with changes that will dramatically alter the way they operate.

Almost incredibly, 11% of landlords said that they still didn’t know if the changes would affect them directly and one respondent was totally uninformed. Mr Whittaker commented:

“We are still encouraging landlords who haven’t already taken professional advice on the matter to do so ASAP, as some may find that the new formula will tip them into the next tax bracket leaving them worse off. The new regime starts in April, so there’s not much time left to make strategic decisions and take action.”

The results compare well with investor understanding of the new Prudential Regulation Authority (PRA) guidelines on buy to let lending, again with 60% of respondents saying they understood the impact these will have on how much they can borrow. A further 25% said they partially understood the implications of the PRA guidelines.

From 1st January 2017, buy to let lenders have been obliged to tighten their affordability calculations in recognition of the increased tax burden being imposed on landlords borrowing personally. Worryingly the survey found that 9% of respondents did not know how the revised affordability calculations would affect how much they could borrow and 6% were completely unaware of the new guidelines, despite wide media coverage on the topic.

The survey also found that landlords are continuing to move toward incorporation, with 32% of respondents owning at least one property in a limited company, up 2% on May 2016. This shows that landlords are thinking seriously about how to adapt to market changes and maximise their returns, although it is portfolio landlords (i.e. those who own four or more mortgaged properties) who lead the way in this regard.

When asked whether future purchases would be made personally or using a limited company, 54% opted for the just incorporated route and 16% said they would use both. The remainder was split down the middle between those who said they would continue to borrow personally and those who had yet to decide how to proceed. These figures correlate well with our Limited Company Buy to Let Index, which in Q3 2016 showed that 63% of all new BTL mortgage applications for purchases were made by landlords using corporate vehicles.

Five year fixed rate mortgages were found to be the most popular product type over all with 34% of respondents expressing a preference for this category of loan, a tremendous return to form after falling popularity in previous surveys.

This is clear evidence that lenders’ focus on competitive pricing of five year fixed rates has been successful in attracting landlords keen to maintain some certainty of cash flow following a year of economic turbulence and growing speculation that interest rates and inflation will rise next year.

Despite a tougher operating environment, the proportion of landlords seeking to expand their portfolios rose to 45%, up from 41% in May 2016. This suggests that most are willing to absorb the increased costs, adapt strategies and remain in the property investment market, which still provides better returns than most alternative asset classes.

Full results and analysis of the Property Investor Survey May 2019. 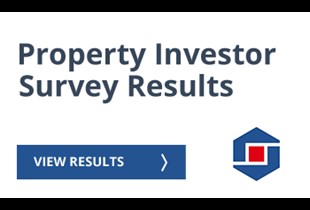