The “unjust” practice of selling new build houses as leasehold could be banned under new Government proposals, which will also look to tackle the issue of ground rents, which can often be disproportionately high.

Historically leasehold terms have mainly applied to flats with shared spaces, but in November last year it was found that certain property developers had adopted the practice of selling new build houses on leasehold terms with very expensive ground rents.

The trend, which has been particularly prevalent among developers in the North West of England, has seen contracts in which ground rents double every ten years.

Other measures that feature in the proposals include: plans to reduce or cap ground rents so that they "relate to real costs incurred", a review of Help to Buy equity loans ensuring that they can only be used where new build houses are sold on legitimate terms, and the closure of legal loopholes which have left some leaseholders vulnerable to possession orders.

The proposals, which were put forward by the Department for Communities and Local Government (DCLG), are subject to an eight-week consultation.

A statement from the DCLG said: “Ground rents are charged on all residential leasehold properties but evidence shows that they are becoming increasingly expensive.

“Under Government plans they could be reduced so that they relate to real costs incurred, and are fair and transparent to the consumer.”

The DCLG also cited several examples of “unjust” practices, including one family home whose ground rent is expected to hit £10,000 a year by 2060, thus making the house unsaleable.

Another homeowner has been charged £1,500 by a freehold management company to carry out small works to their property.

There has also been a case where a homeowner was advised they could buy the lease to their home at a cost of £2,000, when the bill then came to £40,000.

Sajid Javid, Communities secretary, said: “It’s clear that far too many new houses are being built and sold as leaseholds, exploiting home buyers with unfair agreements and spiralling ground rents. Enough is enough. These practices are unjust, unnecessary and need to stop.

“Our proposed changes will help make sure leasehold works in the best interests of homebuyers now and in the future.”

Beth Rudolf, Director of Delivery at The Conveyancing Association, commented: “We are delighted to see the Government responding to such a significant weight of evidence from leaseholders and stakeholders in the property industry, and producing proposals intended to prevent additional homeowners getting caught by escalating ground rents and unreasonable consent fees.

"We look forward to hearing more details on these proposals and hope they will deal with the single biggest loophole, the Commonhold and Leasehold Reform Act, which currently excludes leasehold homeowners from having any protection from unreasonable fees and unreasonable delays when buying, selling or simply improving their property."

Setting up an SPV Limited Company
Buy to let lenders which offer mortgages to limited companies usually require the limited company to be an SPV (Special Purpose Vehicle). Jeni explains what one is and how to get one.
Read 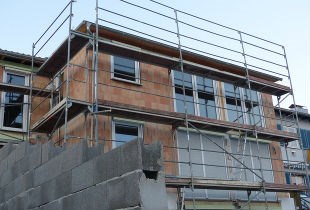