The number of first time buyers has not changed in the past ten years and levels are below what they were 20 years ago, a new survey has revealed.

Today’s first time buyers are older than their 2005/06 counterparts.  They are also more likely to buy with a partner and to have dependent children.

Due to an increasing need for two incomes when buying a home there has been a marked increase in couple households among first time buyers.  Some 74% of first time buyers fell into this category in 2015/16, up from 66% in 2015/06.

Similarly, the proportion of first time buyer households with dependent children increased from 23% to 37% over the same period.

The report also found that first time buyers are more likely to live in the private rented sector prior to buying and have high incomes and more help funding their deposits than was the case twenty years ago.  For example, in 2015-16, the mean deposit for all recent first time buyers was £48,831, while in London, average mean deposits reached £94,088, compared to elsewhere(£40,931).

The latest English Housing Survey also includes findings relating to future home owners.  The survey reveals that between 2014/15 and 2015/16 there has been no change in the proportion of private renters expecting to buy, with the figure staying at 59%.

Affordability was cited as the main barrier to home ownership, among renters not expecting to buy, with about two thirds (65%) citing this as their reason for not buying.  This has increased from from 56% in 2008/09.

Looking at affordability, the report states that there were approximately 1.5 million households containing at least one adult who would like to buy or rent their own accommodation, but could not afford to do so. This equates to 7% of all households. Across these 1.5 million households there were 1.9 million adults living in such circumstances and the majority of these adults were working full time (67%).

The report also highlighted that of the households that had applied for a mortgage, 70% had their application approved.

But the main reason households did not apply for a mortgage was because they did not think their deposit was large enough. This was mentioned by 47% of renters who considered applying for a mortgage.

First-time buyer? How to climb the first rung

Talk through your requirements

If you are a first time buyer looking for help to find the right mortgage call our main broker line on 0345 345 6788 to talk through your requirements. 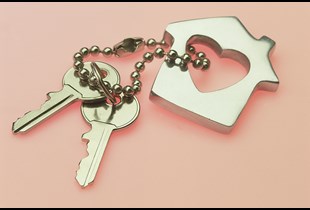