Shawbrook Commercial introduces new seven- and ten-year fixed rate mortgage options, Platform reduces the rates on its buy to let deals and Secure Trust slashes residential rates by up to 0.45%. This comes as a new report reveals that the demand for specialist residential mortgages is on the up.

As part of its ‘Summer Stampede’ campaign the lender says its goal is to to reiterate its commitment to the market and demonstrate its appetite to lend in a sustainable and customer-centric way.

Platform, the intermediary arm of the Co-operative Bank, has cut the rates on a select number of its fixed rate buy to let mortgages.

The lender has made cuts of up to 0.25 percentage points and is now offering the following deals:

Platform offers free legals on all of its buy to let fixed rate mortgages, where the client is remortgaging, as well as £250 or £500 cashback on select products.

The newly launched Secure Trust Bank has cut its residential rates by up to 0.45%.

Secure Trust Bank started operating two months ago, with the aim of targeting homebuyers not served by high street banks.

An ongoing review of its rates has resulted in the following cuts:

The launch of Secure Trust Bank precedes the publication of the latest Financial Advisors Confidence Tracking (FACT) report from Paragon Mortgages, which reveals that the demand for specialist residential mortgages increased in Q1 2017.

The report found that, on average, 24% of specialist business is self-employed related and 17% relates to customers with complex income.

Based on interviews with 200 intermediaries, the report found that other customer types were unchanged in Q1 2017: high LTV lending came in at 15%, interest only at 13%, lending into retirement 11%, low income 9%, and adverse credit 7%.

While the average number of mortgages introduced via intermediary offices was down in Q1 2017, from 21 to 20, the number has remained between 20-25 for almost four years.  This demonstrates a gradual recovery from the record low of 14 in 2009, the report says.

Intermediaries also painted a positive picture of business over the next three months with the expected change in overall business predicted to rise for the first time since Q1 2015, thus reversing the consecutive reductions of the last seven quarters.

Those surveyed expected a 2% decline in buy to let mortgage business over the coming year, but this is an increase on the previous quarter.  Following the largest ever decline seen in Q1 2016, after the introduction of the Stamp Duty surcharge, the report found that the average now appears to be rising modestly.

A large majority of advisors (85%) said that the PRA’s new affordability rules had been at least quite important when estimating the expected change in their level of buy to let business over the next 12 months, up from 80% last quarter.  While only 10% of advisors said they were not important.

“It’s encouraging to see increased demand and greater availability of specialist mortgages. Customers with complex incomes deserve access to a wider choice of mortgage products and to specialist underwriting that recognises their unique circumstances.” 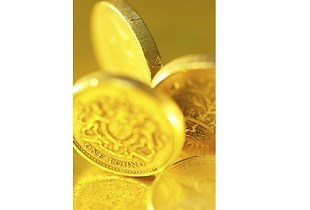