A new bill, which will prevent agents from demanding lettings fees from tenants, was announced in the Queen’s Speech this week.

The Tenant’s Fees Bill will ban fees to lettings agents in England and comes six months after the commitment was first voiced by the Conservative Party in the 2016 Autumn Statement.

Government figures suggest that tenants currently pay £223 in agency fees, and according to chancellor Philip Hammond, 4.3m households pay these fees every year.

Housing charity Shelter, however, has indicated that the situation is more extreme.  According to its research one in seven renters pay more than £500 and tenants in London have been asked to pay fees of up to £2,000.

The association that represents letting agents, ARLA Propertymark, has said that the ban could result in 4,000 job loses, but it is likely that the new bill will pass into law because it featured in the manifestos of all main parties.

The government also plans to make the whole process of renting a home more transparent.  While agents in England and Wales are currently obliged to publicise their rates by law, renters are charged varying fees.

According to Citizen’s Advice, 42% of renters borrow money in order to settle these fees.

Under the new law, landlords will be required to pay for the fees themselves and tenants will be able to recover any fees that have been charged unlawfully.

ARLA Propertymark has estimated that landlords are set to lose £300m as a result of the new bill and that the knock-on effect will be that landlords pass the costs on to tenants through rent increases.

"A ban on letting agent fees will cost the sector jobs, make buy to let investment even less attractive, and ultimately result in the costs being passed on to tenants.”

Letting agent’s fee are banned in Scotland and according to the BBC, a government spokesperson said a draft bill will be published "later this year". 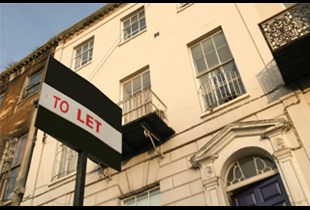