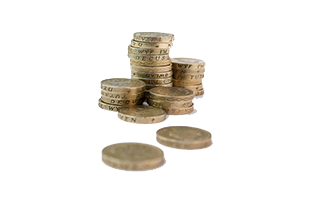 The average price of new property coming on to the market rose by 1.3% in March, equating to +£3,877, according to a new house price index.

The latest house price index from Rightmove, reveals that March’s figures have only been surpassed once since 2007 and that the 1.3% rise is equal to the monthly increase recorded last year at the time of the buy to let surge, that was brought about by the changes to Stamp Duty Land Tax (SDLT).

In terms of a year-on-year analysis, the Rightmove index shows that while the annual rate of price increase remained steady at 2.3% in March 2017 (for the second consecutive month), prices rose by over three times that figure in March 2016 (7.6%), indicating a slower pace of increase.

The Midlands experienced the strongest price rise, leading the way on both a monthly and annual basis.

“Since the start of the decade, the average March price rise has been 0.9%, so this month’s 1.3% uplift is an indicator of a shortage of suitable property for sale in many parts of the country, with strong demand for the right property at the right price. Since 2007 we’ve only once seen a larger rise than this in March, and we are also keeping pace with last year’s rise, which had the added momentum of investors looking to beat the Stamp Duty tax deadline of April 1st.

“The price-rise crown has shifted from its previous strongholds. The pace is no longer being set by the more affluent commuter-belt south, including London with its international appeal. Neither is it set by the cheaper north driven by a mass of investors swooping on high buy-to-let yields. As markets in other areas of the country become more mature and run out of price-rise steam and froth, the fundamentals of the Midlands have come to the fore. Accessibly and conveniently located in the middle of the country, the area offers mid-range and relatively affordable prices at an average of around £200,000, whilst also exhibiting local economic breadth and strength. As other parts of the country suffer from varied factors such as highly-stretched affordability, changes in sentiment and increased economic uncertainty, it is the Mighty Midlands that is the current powerhouse of price rises.”

"Depite Rightmove's best intentions to deliver transparent market analysis, the nature of their data being based on asking price and not sold price means it should only be viewed as a tentative toe dip into the state of the UK market at present.

“Today's numbers may help to compound the current issue of a shortage of housing but this isn't an anomaly that has only just surfaced. It has been rife for quite some time now and so this latest data would suggest the addition of a seasonal pickup as we head into the busiest time of the year. This heightened market activity, coupled with the ongoing stock shortage, is leading to a strong hike in prices.

“We've seen a lot of hesitation in the market of late, particularly amongst those in the likes of the South East who are worried about maximising their investment return.

“The reality is that in areas like the Midlands where prices aren't as inflated, a more no nonense approach is benefitting homeowners as they proceed with their sale and see stronger, more natural price growth across the board as a result."

15.03.2017
U-turn on plan to increase National Insurance for self-employed 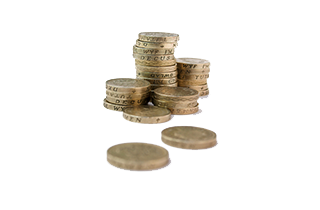