Accord has applied the 0.17 per cent cut to its five-year fix at 2.66 per cent at 60 per cent LTV, now 2.19 per cent. The loan has a product fee of £950 and is also available with free standard valuation and £500 cashback on completion rather than free legal fees.

Accord has also trimmed its fix-year fix at 65 per cent LTV to 2.84 per cent. This has a product fee of £450 and comes with free standard valuation and free legal fees.

Accord’s buy-to-let commercial manager Chris Maggs said: “We recently adjusted our house purchase range giving landlords looking to expand their portfolio a boost, and we’re pleased to be able to offer landlords a further helping hand with the upfront costs of remortgaging.

“We know there are differing views amongst landlords about choosing a conveyancer, so we have provided a choice of additional extras to suit different individual’s needs.”

Elsewhere the specialist buy to let lender Fleet Mortgages has launched two new pay-rate five-year fixed-rate deals, one on its standard range and one for its limited company offering. Both five-year products are offered up to 75 per cent LTV, and rates are fixed until December 31 2022.

The limited company deal again offers a five-year fixed rate at 3.89 per cent, but with an ICR of 125 per cent. The fee is 1.5 per cent. With both mortgages the rate reverts to LIBOR plus 4.2 per cent at the end of the fixed term. Currently this would give a pay rate of 4.48 per cent.

Fleet Mortgages chief executive officer Bob Young said: “The big news for the buy-to-let market has not been the increase in the Bank of England’s base rate but the rise in swap rates due to movement in capital markets.

“The good news for advisers and their clients is that there are now some very competitive five-year fixes available, which will provide them with payment certainty over much longer timescales, allowing them to plan ahead with confidence.

“These two new products come with low revert rates in order to cushion the potential for any future rate shock.”

Fleet Mortgages recently reduced fees on many of its limited company products to 1.25 per cent – but this excludes these longer five-year fixes. Its HMO product fees have also fallen from 2 per cent to 1.5 per cent.

Meanwhile Coventry for Intermediaries has also reduced rates on its buy to let mortgage range with cuts of 0.30 per cent on its two-, three- and five-year fixes at 50 to 65 per cent LTV.

Coventry director of intermediaries Kevin Purvey said: “We have a range of options for brokers looking for competitive products at 50 to 65 per cent LTVs. These products are also application fee free and include a valuation of up to £700.” 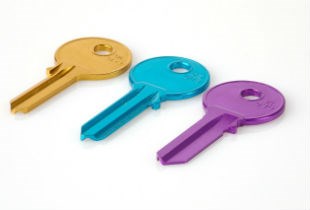