Foundation Home Loans, which works exclusively through intermediaries, has expanded its buy-to-let range and launched specialist products for first-time landlords and HMO borrowers.

HMO mortgage deals range from 3.69 per cent to 4.09 per cent depending on the LTV, and length of the fixed-rate period.

Foundation Home Loans marketing director Jeff Knight says: “These new products, combined with our existing suites will provide a much broader choice for intermediaries and their landlord clients. All our products are available to both individuals and limited companies.”

Meanwhile, OneSavings Bank is bringing in new expat buy-to-let loans as part of wider changes to its range. These include new two-, three- and five-year fixed rate options. The changes will be applied by OSB brands Kent Reliance and InterBay Commercial. Rates will start from 3.79 per cent for Kent Reliance and from 4.45 per cent for InterBay Commercial.

Applications for HMOs and limited companies will also now be accepted on expat terms.

Kent Reliance will also drop its requirement for applicants to be either a professional or buying in London and the South East. The firm offers two expat categories, standard and specialist.

In addition, Kent Reliance will lend to Australian expats when the property is held in a UK limited company.

“We know that many expats choose to invest in buy-to-let property in the UK whilst living abroad as a way of generating income. However, it has become increasingly difficult for them to find or access these specialist mortgages.

“These changes will result in an improved proposition to support their customers’ needs as well as offering customers more competitive pricing.

Elsewhere, Platform has loosened some buy-to-let remortgage stress tests from 145 per cent to a minimum of 128 per cent of rental cover. The intermediary arm of the Co-operative Bank will continue to apply a notional interest rate of 5.5 per cent.

The move will help landlords who took out mortgages before new PRA affordability rules came into effect in January 2017. These landlords will now be able to access pound-for-pound remortgages without any extra capital raising.

Other buy-to-let applications will continue to be stressed at 145 per cent at 5.5 per cent.

Platform head of mortgages and insurance Paul Norcott says: “We have been closely following developments in the buy-to-let market since the new PRA guidelines were published, and we know that buy-to-let remortgaging has been more difficult for some landlords since the market adopted those guidelines.” 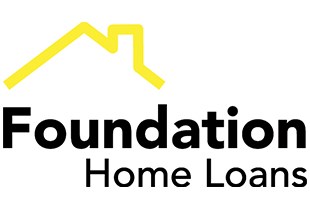