The development of Crossrail along with the residential property slow-down in the capital are helping to boost the investment potential of the South East above other parts of the UK according to a leading development finance lender.

The 2017 Property and Construction Outlook survey from Crowe Clark Whitehill reports that 31% of property professionals felt the South East (excluding London) was the region which offered the best outlook for property investment over the next 12 months.

The West Midlands and the North West were regarded by 19% and 13% of respondents respectively as the best places for investment. Owing to its central location and good rail and road network, Birmingham has become home to the largest professional and financial services sector outside of London and is increasingly attractive to those looking to invest.

"Most investors are seeking capital growth, and with London now flat, or falling, it is unsurprising to see that the South East is felt to be the most lucrative geography for investment by this survey,”

said Stuart Law, CEO of Assetz Capital.  This is due to the fact they are the closest to the capital and undersupplied by housing, he said.

"However, the Midlands and North West, in particular, are much more attractive on a yield/income basis, so expect these regions to continue to climb in popularity.”

However, in an uncertain political and economic climate, much more support is needed at policy level to boost the UK’s property and construction industry, according to respondents of the survey, the majority of whom work in commercial property development.

Uncertainty around the consequences of Brexit for instance, has caused many to be wary of a negative effect on their operations. They are now holding off on investing while they wait for reassurance from the Government.

Respondents additionally identified the current UK tax system as a key area of concern. Stamp Duty Land Tax (SDLT) has consistently been perceived by the industry as the biggest tax barrier to business growth, while Capital Gains Tax and the current 45% rate on income tax are also seen as discouraging to growth.

“Those who consider Brexit unfavourable should be encouraged by the current plan that Britain will formally leave the UK in March 2019 but remain subject to all EU rules, decisions of the European Court of Justice, the free movement of EU workers and the requirements to contribute to the Brussels Budget until 2021”

There are, however, “likely to be further market fluctuations and uncertain times during the transition process. Much of the uncertainty that the property industry feels, revolves around what deal the UK government eventually agrees.”

Investment decisions - mixed use, commercial property or buy to let?

Commercial mortgages and loans for pubs 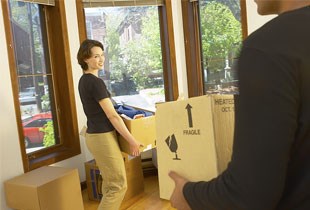