The cabinet minister said the Government should take advantage of record-low interest rates to build more homes, calling for between £250,000 and £300,000 to be built every year to fix the issue, “one of the biggest barriers to social progress in our country today.”

In a significant departure from party policy, he told the BBC's Andrew Marr show: "What I want to do is make sure we're using everything I have available to deal with the housing crisis.

"Where that means, for example, we can sensibly borrow more to invest in the infrastructure that leads to more housing … I think we should absolutely be considering that.”

While councils “have a big part to play” in the plan, as do housing associations, the “biggest role” should be taken by the private sector, Mr Javid said. The aim was for a big increase in all types of home, including social housing, so-called build-to-rent properties and shared equity homes.

"If hot air built homes, ministers would have fixed our housing crisis”. Spending on new affordable homes had been "slashed" since 2010, he said, bringing it to a 24-year low.

"Rather than set more targets they can't meet, ministers should back Labour's plan to build 100,000 genuinely affordable homes a year, including the biggest council housebuilding programme in more than 30 years."

On the question of whether more land should be released for housing, Mr Javid indicated the government was not considering relaxing current green belt protections. He said:

“I don’t believe that we need to focus on the green belt here, there is lots of brownfield land, and brownfield first has been a policy of ours for a while.”

He added that one big issue was density, noting that even London was less densely built up than many other European cities.

Kate Webb, of Shelter, welcomed the announcement, but pointed out that the key would be the types of houses that are actually built.

“These have to be affordable to, for example, a teaching assistant or a shop worker.”

£1.3m for housebuilders to construct second phase of 50+ housing estate 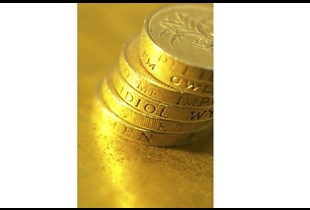