House prices crept up by 0.2 % month-on-month in April, according to the latest Nationwide house price index.

The year-on-year change is 2.6%, pushing the average UK house price up to £213,000. The Nationwide figures are not seasonally adjusted.

“There was a slight pickup in UK annual house growth in April to 2.6%, from 2.1% in March. February saw a softening in house purchase approvals to 64,000 cases, following a surprise rise in January.

“These figures are broadly in line with our expectations and close to the average for the last three months of 2017. Surveyors continue to report subdued levels of new buyer enquiries and recent months have also seen a softening in new instructions.”

Looking ahead, he said, much will depend on how broader economic conditions evolve, especially in the labour market, but also in respect of interest rates.

“In recent years, we have seen a recovery in first time buyer transactions, which are now broadly in line with pre-crisis levels. The easing in credit availability, including schemes such as Help to Buy, have helped boost activity. Meanwhile, home mover activity has remained relatively subdued, in part due to the lack of stock on the market.”

Buy to let purchases, he noted, have fallen as a share of total transactions since 2016, “which reflects a softening in demand following tax changes and changes in underwriting standards”.

Make sure you don't miss any updates!
>> Sign up to our weekly newsletter

House transactions down in March

How to choose the right mortgage 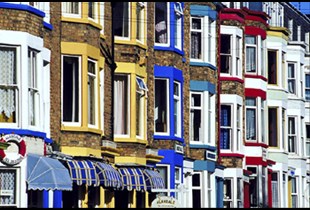