The last quarter of 2017 saw lenders absorbing more costs to keep their rates competitive, according the latest results of the Buy to Let Mortgage Costs Index, published by Mortgages for Business.

The analysis revealed that the underlying cost of funds rose in Q4 2017. In particular; swap rates remained elevated, coinciding with the hike in Bank Rate. By the end of the year, two, three and five-year swaps, on which fixed rate mortgages are typcially based, were higher than at the start of 2017.

Buy to let lenders, whose margins have been diminishing since July 2016, chose not to pass on the increases to borrowers. Instead, it seems they opted to squash their margins further, as they vyed for customers in light of fast-approaching year-end lending targets. The data revealed that, between the beginning and the end of 2017, average lender margins over swaps had declined by 0.4% points.

Commenting on the results, Steve Olejnik, COO of Mortgages for Business said:

“I doubt that lenders will consider lowering rates again. If anything, I would expect them to find ways of making up for the lost margins, particularly given that overall buy to let lending looks set to dip this year.”

The index also revealed that the effect of fees remained largely unchanged quarter on quarter, adding an average of 0.58% to the headline rate advertised to borrowers – the lowest amount since the beginning of 2013 when the index started tracking this data. Fees include lender arrangement fees, valuation fees and legal costs.

To the detriment of products with fees calculated as a percentage of the loan amount, lenders increased the number of buy to let mortgage products without arrangement fees, probably as part of their drive to meet targets. Fee-free products accounted for 16% of the market in Q4, up from 14% in Q3 and the proportion of products with percentage-based fees dropped from 44% in Q3 to 42% in Q4.

At 42%, the proportion of products with a flat fee structure remained the same, although the average fee charged by lenders rose by £53 to £1,423.

“Looking back over the last couple of years, flat fees have actually come down in price from over the £1,500 mark. The fact that they increased in Q4 could be a sign
that borrowers are about to experience price hikes not only on the underlying costs but also at the point of sale. Now is definitely a very good time for landlords to review their borrowing arrangements.

If I were in the market for a buy to let mortgage, for either a purchase or a refinance, I would consider fixing for five years. And I would be asking my broker about fee-free products whilst there are more of them around.”

If you found this page helpful or informative then please nominate us in the Best Broker Website category(or more!) in the What Mortgage Awards 2018.
Nominate us today 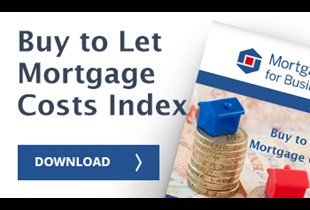