The number of landlords who are seriously behind with their mortgage payments has jumped by 20%, according to UK Finance.

There were 1,200 buy to let mortgages in "significant arrears" in the last quarter of 2017, a fifth higher than in the same quarter in 2016. Significant arrears means they owe more than 10% of the outstanding balance. The figures suggest some landlords may be beginning to struggle financially, following a series of tax changes.

"Landlords are facing burden after burden placed on them by the government, which is significantly increasing financial compliance requirements," said David Cox, chief executive of the Association of Residential Landlords (Arla) Propertymark. "This is, in turn, causing landlords to fall into financial difficulties."

Arla said one of the biggest factors was the length of time it takes to get a tenant evicted if they stop paying their rent. Typically that can take up to 10 months. During that time, the landlord has to continue paying his or her mortgage. However, the government is planning to introduce new specialist housing courts, to try and speed up this process.

The Royal Institution of Chartered Surveyors has already warned that landlords are pulling out of the market as a result of the problems. It said rents may rise as a result.

The UK Finance figures also show that 600 buy to let properties were re-possessed by banks in the last quarter of 2017. That was the same number as in 2016. By contrast the number of homeowners with significant arrears fell by 1% over the period, as mortgage rates remained at low levels.

Landlords continue to invest in buy to let 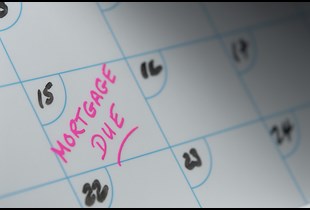