There are more than 4 million leasehold properties in England, but the Law Commission is concerned about examples of unfair leasehold practices revealed last year.

As a result, the commission is launching an eight-week call for evidence to find out what is stopping commonhold from taking off.

Commonhold is an alternative way of owning property that came into force in 2004 through the Commonhold and Leasehold Act. It lets buyers own a freehold unit (such as a flat) outright, and also be part of a company set up to manage the building and shared areas.

This form of ownership is not tied to a lease, does not require third-party managing agents and cannot run out. However, fewer than 20 commonhold developments have been created since the law came into force in 2004, and in 2016 in England leasehold accounted for 98% of transactions on flats.

The Law Commission thinks commonhold could have “lots of advantages” over leasehold. But it says only a third of lenders are willing to lend on commonhold.

Law Commissioner Professor Nick Hopkins said:
“It’s clear leasehold law is a problem with some managing agents charging over the odds for the upkeep of shared areas, and the process of extending a lease costly and time consuming.
“Commonhold provides an alternative – giving unlimited ownership of a property and a stake in how the rest of the building or shared area is managed. But less than 20 have been created in the last 14 years.

“We want to find out what’s stopping people, and how the law could be improved to make commonhold more common.”

The Commission is asking for views on three broad themes:

“Commonhold tends to be unusual because all you’re really doing is swapping one set of management agents for another.

“Even under commonhold you need a group to maintain a title over the property, and lenders like the clarity of knowing who is accountable.”

A full consultation will follow the call for evidence and address any tricky legal reforms needed for commonhold to take off.

Do you know someone with a Help to Buy ISA? 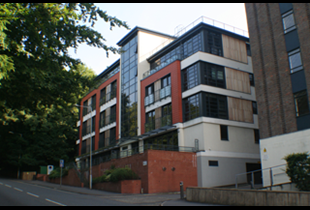