Separate ONS data showed that growth in the manufacturing sector also slowed in January, while the trade deficit widened.

The fall in construction stemmed from a decline in all new work, but particularly in private housing, following a record high in December. On the three-month on three-month measure, construction output contracted for the ninth consecutive period.

Ole Black, a senior statistician at the ONS, said:

"Construction continues to be a weak spot in the UK economy with a big drop in commercial developments, along with a slowdown in house building after a very strong end to last year."

Earlier this week, Theresa May announced changes to planning rules in England to encourage house builders to step up production.

The sharp decline in output in January primarily reflected an 8.3% month-to-month collapse in new work in the private housing sector. The prospect of further increases in interest rates is subduing buyer demand both for new and existing homes.”

Out of the ground! Placing property development finance deals 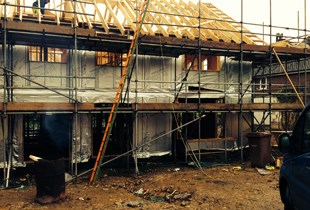