Average UK house prices grew by 4.9% in the year to January 2018, down from 5% in the year to December 2017, according to the latest report from the UK House Price Index.

The average price of a property in the UK in January was £225,621, down 0.3% on the previous month. The largest annual price growth was recorded in Scotland and the East Midlands at 7.3%.

The lowest annual growth was in the North East, where prices increased by 0.7% over the year, followed by London at 2.1%. This is the 14th consecutive month where the annual growth in London has remained below the UK average.

Looking at the demand for housing, the Royal Institution of Chartered Surveyors’ (RICS) reported their new buyer enquiries series declined for the 10th consecutive month, with a net balance of -11% respondents reporting a fall in demand.

The UK Property Transaction Statistics for January 2018 showed that on a seasonally adjusted basis, the number of transactions on residential properties with a value of £40,000 or greater has fallen by 0.1% in the year to January 2018. Between December 2017 and January 2018, transactions increased by 1.3%.

The Bank of England’s Money and Credit release showed that on a seasonally adjusted basis, 67,000 mortgages were approved in January 2018. This is an increase of 6,000 from the previous month and is the highest number since July 2017. Mortgage approvals are seen to be a leading indicator of transactions volumes.

The Bank of England reported subdued activity for the period between late November 2017 and mid-January 2018, reflecting weak supply and demand. Housing demand was reported to be particularly weak at the higher ends of the markets in London and the South East.

On the supply side, RICS reported the net balance for new instructions to be at its weakest since May 2017. Average stocks per estate agent continue to deteriorate. Both sales and price expectations are flat in the near term, although there is some optimism in the longer term outlook. 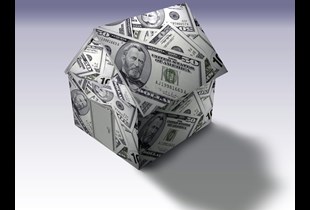