Long-term property investment can deliver significant returns for landlords despite recent regulatory and taxation changes, according to detailed analysis by Kent Reliance, the specialist mortgage lender and part of OneSavings Bank plc.

Over the course of a 25-year investment, Kent Reliance’s analysis suggests that a basic tax paying landlord, placing a typical 30% deposit of £73,908 on a property, would generate a total profit of £265,500 after all costs and taxes. Accounting for the impact of inflation over the period, this represents a profit of £162,000 in today’s money, or £6,475 every year.

Capital gains comprise a significant portion of a landlord’s returns. Assuming that house prices and rents rise in real-terms by 1% per year – well below their performance over the last two decades – this would mean an average buy to let property would grow in value to nearly £516,000, providing gross capital gains of £269,464.

Capital gains might be considered speculative; however landlords need not exclusively rely on them. A typical landlord receives rent of £10,134 per year per property, based on current yields and accounting for void periods. Over the course of 25 years, a typical property would generate a total rental income of £369,495. Based on this, even if a landlord did not sell their property, making no capital gains, income alone would not only cover outgoings, it would provide a profit of over £65,500.

Buying, running, and eventually selling an investment property is not without its costs. Kent Reliance’s calculations suggest that total costs amount to just over £373,000 over 25 years, equivalent to 58% of the total income and capital gains a landlord would enjoy.

For higher rate tax-payers, the burden is heaver still following the recent changes. They can expect to pay three times as much income tax as basic-rate landlords – nearly £88,000. Under the previous tax regime, this would have been around £58,600, meaning their income tax bill over 25 years has increased by 50% following the 2015 Budget changes. Higher tax bills see their overall return reduced to £203,000 over the period, a quarter less than their basic-rate peers.

Mortgage finance costs are the largest cost for a typical landlord, at a total of £157,000. However, as the mortgage debt does not rise each year, it represents a smaller proportion of the property’s value, and a smaller proportion of monthly income each year. Landlords will typically spend a further £72,000 in the maintenance and running costs of a property, excluding any improvements.
The research also factors in an opportunity cost of over £34,000, the return an investor could have made from long-term savings instead.

“The buy to let market is undergoing a sea change. Regulatory and taxation changes have altered the market dynamic, reducing its attractiveness to amateur landlords and increasing the tax bills of higher-rate investors. In spite of rising costs, there are still healthy returns to be found in property for committed investors.

“However the days of speculation are gone. It is a long-term business endeavour, requiring commitment and expertise. Investors must be prepared to undertake business and tax planning, understand the risks as well as the rewards, and, most importantly, the responsibilities they have towards their tenants.”

“Policy change remains a threat, however, and it is essential that the role of professional landlords in providing vital housing stock is not undermined. Without them, the supply of housing in the sector would naturally shrink, leading to higher rents for a growing number of tenants competing for accommodation.”

The figures vary substantially from region to region across Great Britain, driven by significant differences in house prices, yields, and importantly, the initial deposit investors must place. While investors in London may see by far the largest total profit in cash terms, nearly £308,000 in today’s money, they must also supply an initial deposit of twice that of the national average, and face much higher costs.

The most profitable local area within the capital is Kensington & Chelsea, followed by Westminster and Camden. Outside London, the list is headed by Elmbridge, South Bucks and Chiltern, all in the South East. 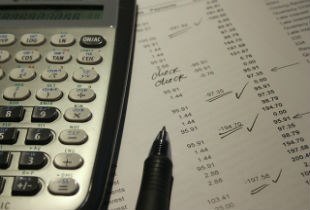