A harsh winter, the “Beast from the East”, a dip in housebuilding of 14% and a record number of builders reporting material price rises all resulted in a collapse of the largest supplier to the public sector. In spite of this, growth optimism among the sector’s SMEs is the highest in five years, according to AXA, one of the UK’s biggest construction insurers.

56% of SME building firms predict rising workloads in the next six months, double the number in the same period in 2016 and up 12% on the final quarter of last year. The number of firms citing “lack of work” as their biggest business risk have fallen too: down from a quarter of firms this time last year to 16%.

The growing order books of these building firms – 84% of which rely entirely on work from private householders and local businesses – is another indication that UK consumer confidence is recovering. Moreover, with many new project contracts in the pipeline and an expected increase in workloads leading to job creation, employment numbers in the industry have continued to increase for the 21st month running.

Anticipated growth will be in the small residential category, as few SMEs are looking at the housebuilding and public sector as realistic prospects. While two thirds of SME building firms said they have the appetite to diversify into these bigger projects, just 10% said they will attempt to do so.

The top reason for such pessimism was that both arenas are considered “closed shop”, with contracts going to bigger companies. Difficulties accessing finance and skilled workers were cited in second and third place.

“The UK is 100,000 houses per year down on its target for new affordable homes. The biggest public-sector contractor has just crashed, leaving this field open to newcomers. There have been suggestions that small firms will ride to the rescue on both fronts, but they have been out in the cold for way too long. In the case of housebuilding, 30 years or more. Small firms have learnt to live without such projects, but can our infrastructure live without them?”

Looking for property development finance? You may be interested in:
100% of build costs for mixed-use London development 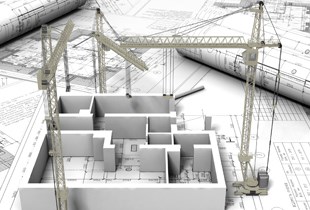