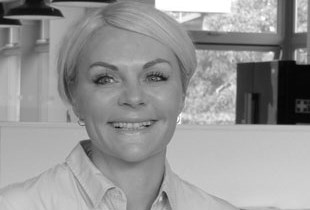 The last seven months have gone past at the speed of sound. That’s how long it’s been since I gave you an update on my other job – that of buy to let landlord! It’s been pretty eventful to say the least.

First up, the EPC rating on the 1-bed flat.

To recap, my flat has an EPC rating of F which is not ideal. In fact, here’s a summary of what the EPC report said was wrong:

It reads quite like an old school report, i.e. could do better. (Apart from the “very good” main heating controls – go me!)

But I digress. The flat is in the attic of a large period building, with single skin walls and no gas supply which means that I am fairly limited to what I can do to bring it into the realms of ‘eco home’. But I have tried…

I am proud to say that last week, I got the windows replaced. And I have supplied the tenant with some energy saving light bulbs. So, I now need to book in a new EPC Inspection and keep my fingers and toes crossed that these changes bring me into the E zone or above… I shall let you know.

When I last updated you on my landlord foray, I also mentioned that in the house I own, my tenant (a very good friend) was vacating as she was setting up home with her new man and they were buying a place together (I know, selfish!).

So, I engaged a letting agent to get the property re-let. Now, in the light of day, this was actually all quite painless; however, during the process of getting the new tenant moved in, there were a couple of dramas. This primarily consisted of the tenant saying they wanted to move in but not for another two months and could we keep it free for them as they would pay a holding deposit. And then them deciding they didn’t want it at the last minute and it then transpiring the agent forgot to take the holding deposit (as you will imagine, I was spitting feathers). But then all of a sudden, they decided that they did want to take it after all and they moved in a couple of weeks later. Phew!

However, although the potential new tenants had viewed the house when my previous tenant was in situ, the new tenants asked to view it again. Not unreasonable. Except, they came back with a list as long as your arm of the works they wanted done.

So, I have totally redecorated the whole thing, had sinks replaced, door stops put in, the gardener has been round, decking has been replaced……. And on it goes.

I would just say at this point, in my opinion, the house was already in amazingly good nick, so I found these requests a bit much (anyone who knows me knows I’m a bit OCD when it comes to order and cleanliness). However, my agent advised that it is better to have the house looking like new (it really, really does now) so that if there is any subsequent damage it will be the tenant’s fault and difficult for them to contest.

So. The tenant has been in since August. Four months’ rent payments later and I am still way out of pocket.

However, the good news is that tenants seem happy and they are paying on time so let’s focus on that.

In tandem with the new tenant trauma, I’ve had to get the house remortgaged too.

To recap, when I originally let the house, I had “consent to let” from my lender. As this runs out on 1 December, I needed to find a new deal.

Unfortunately, the house is low-yielding and I own it personally, which means that the rental income isn’t sufficient for a traditional buy to let mortgage.

Fortunately, I know a really good mortgage broker (moi, if you need to ask!). I was able to get a top slicing arrangement which means that in addition to the rent, my own income is taken into account to ascertain how much I can borrow.

All the legals are done and the deal is due to complete on the 3rd December.

So, I was feeling quite smug, that for once I was on top of things. UNTIL…

I opened the letter that has been on my desk for about three weeks which I kept looking at and ignoring. WHY DON’T I JUST LEARN TO OPEN ENVELOPES?????!!!!!!!

Yep, it was a letter from the lender on my flat (which I own in a Ltd Company - the lender is Paragon by the way) telling me that my rate ends at the end of the year. I was so sure it didn’t end until April. Wrong.

Having leapt into action, I did a quick recce at what Paragon will offer me to stay versus going to a new lender and, I am really pleased to say, for me, it works out better to stay where I am even though the Paragon rate isn’t as good as I could get elsewhere - the fees and absence of valuation and legal costs mean that overall, staying put is better for me.

I get to move onto a five-year fixed rate which is 0.15% lower than I have been paying and there is no underwriting which means my wonderful paraplanner, Charlie, just needs to send over a form to Paragon and the new rate will kick in at the end of the year.

Panic over. For this week at least!

Update:
I wrote this update on Friday 9th November at 7.30pm. Charlie contacted Paragon on Monday 12th in the morning – by lunchtime I had a mortgage offer and confirmation that my product change would be happening on 1st January. Lovely!!!!!

Diary of a Buy to Let Purchase

Follow Jeni as she recounts her experiences of becoming a buy to let investor for the first time.

Part 1 - It was that or a Range Rover

Part 3 - The demise of Nathaniel Pig

Part 8 - The method behind the madness

Part 10 - The silence is deafening

Part 11 - Throwing toys out of prams

10 most asked questions about incorporating a buy to let portfolio

Properties the buy to let lenders don’t always like 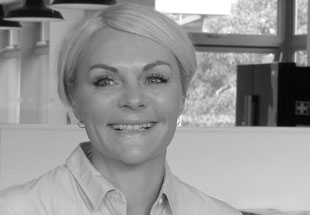