It’s relatively easy to get a buy to let mortgage on a bog-standard house or flat but as soon as you wander away from the norm getting finance can be tricky although not always impossible. As Gavin Elley, expert buy to let mortgage adviser explains.

Sitting with my colleagues on the Buy to Let Desk, we’ve tried to make a list of all the properties we might flag up as “not to every lenders’ taste” or even “not financeable” to give you an idea of what can and can’t be mortgaged.

Non-standard construction
From a lender’s perspective this means not made with traditional bricks and mortar.

Post-war prefabs
The bombing during WW2 depleted Britain of a serious amount of housing which led to the introduction of a temporary housing programme envisaged by war-time prime minister, Winston Churchill. The Housing (Temporary Accommodation) Act 1944 sanctioned the mass-production of homes made from prefabricated concrete designed to be used until more permanent dwellings could be built. Amazingly, many of these properties exist and are lived in today. Think Wimpey No-fines and Laing Easiforms.

Clearly, these types of property are unpopular with some buy to let lenders because of the risk that that they might be sub-standard. However, some lenders will consider them subject to the findings of the valuation report. For example, The Mortgage Works will often consider Wimpey No-fines.

Mundic concrete
Between 1900 and the mid-1950s many homes in the South West, particularly Cornwall, were made with concrete mixed with the spoil from lead, tin and copper mining. By the late 1980s it became clear that this construction method was not particularly durable and some homes were rendered unmortgageable – if water penetrates the concrete, the spoil can oxidise into sulphuric acid which reacts with the alkaline cement causing the blocks crumble or expand. To prevent this from happening these homes have to be enclosed behind render under watertight roofs. Any offending blocks are usually replaced.

Today, some lenders will consider these properties subject to passing certain established tests. And of course, they are popular with some landlords because they are cheaper that properties of standard construction.

Kit houses, log cabins, Colt bungalows
If the property was built between 1900 and say, 2000 you might find it difficult to get a buy to let mortgage on properties made from wood because the constructions methods used in this period may not have been up to scratch. Having said that, finance is not impossible but knowing which lender to approach can save time and money. (Get in touch, if you need help in this regard!)
More recent sorts of kit homes including those of wooden construction or steel frames are acceptable to lenders because construction has come on in leaps and bounds.

Ex-Local Authority Housing
The properties use to be known as Council houses and flats. Many of these properties can be financed without problem but some can be harder to match with a buy to let lender.
Flats with deck access These properties are where entrances to individual flats are all along an exterior corridor. Lenders prefer flats to have their own separate access via an internal entrance hall/stairwell. Flats which have external deck access tend to be ex-local authority housing.

Large blocks of flats and high rise blocks
Any blocks over 10 storeys can be problematic, although blocks in London tend to fair better because they are in great demand. Lenders have issues with larger blocks because of maintenance – they want to know that the entire property is going to be properly cared for so they usually like a certain percentage of flats to be privately owned.

Housing estates where 50%+ is owned by the local authority
This doesn’t apply to all estates or all lenders but if the estate is run down getting finance could be trickier.

Properties in poor condition
If a property is not habitable, it will not qualify for a buy to let mortgage. To get around this issue, landlords often purchase properties with bridging finance, carry out renovations and then refinance once the property has been brought up to standard. We are currently running a pilot scheme with Precise Mortgages on a neat offering which meets the needs of landlords in these circumstances. Called Bridge-to-Let, it’s where the loan is underwritten on application, i.e. at the bridging stage, then when the property has been refurbished and is ready to let, if it passes the valuer’s re-inspection, the loan is switched seamlessly and without further cost from the bridge onto the longer term, buy to let finance. Do get in touch if you want of find out if this product might work for you.

Mixed-use properties
Also known as semi-commercial properties, these are premises which have part-and-part residential and commercial elements, such as a flat above a shop. Although not necessarily difficult to fund, they do not qualify for buy to let finance. Instead they must be funding with a commercial investment mortgage.

Flats over commercial premises
If you’re not intending to purchase a mixed-use property, but you are looking to buy a flat above a shop be wary. Take a good look at what’s in the
commercial element. Restaurants, fast-food takeaways, convenience stores, sex shops – these can all be difficult to finance because they could be hard for the lender to sell on quickly if they had to repossess.

Granny flats and annexes
The mainstream buy-to-le lenders prefer single unit properties. Where there is a separate independent living space, it takes the property into the specialist lending area. Not impossible to fund but you may not get access to the best rates.

Properties with mixed freehold/leasehold titles
This is where the landlord may own the freehold title of a multi-unit block of flats but some of the flats within the property are on long leasehold titles which may be owned by others. A number of lenders do not like this arrangement, preferring the landlord to be the sole freeholder of the block Again, this will require the attention of specialist banks/building societies, but funding can be arranged once the full facts are known.

Multi-units
Multiple flats within a single building that are self-contained with separate access/amenities. Property tends to be on a single freehold title. This is actually commonplace but still sits within the specialist lending area. Some lenders will restrict to no more than four flats within the freehold block, others can go higher. Some lenders will also impose a minimum value of say £100k for the freehold unit or a minimum value per flats of say £50,000.

Where some/all the flats are studios i.e. no separate bedroom, a minimum floor area of 30 sq m may be imposed.

It becomes more difficult for say, bedsits where amenities (such as bathrooms) are shared – again these are not impossible to finance but require specialist attention.

Properties with flying freeholds
This is a legal term to describe a freehold property which overhangs or underlies another freehold. Common examples include a room situated above a shared passageway in a semi-detached house, or a balcony which extends over a neighbouring property. These are not impossible to finance but will depend on what percentage of the property is “flying” or overhangs. Generally, no more than 15% is acceptable. Foundation Homeloans is currently quite accommodating on these properties.

Properties in poor locations
It’s all about demand! Areas with poor transportation links or amenities can be a no-no. It’s not so much a problem in the South East but it can be difficult to get a buy to let mortgage on properties in very rural areas. Properties next to petrol stations may be difficult to finance. Very run-down streets are another. Always take a look at what’s in a property’s immediate vicinity and ask yourself questions like:

If you’re answers are no, then the lender’s answer is likely to be the same!

HMOs
Financing these properties only really becomes challenging (but not impossible) if there are more than 20 bedrooms. For the most part HMOs with up to eight bedrooms are relatively straightforward to finance with one of the specialist buy to let lenders.

Properties with poor EPC ratings
If the EPC rating is F or G some lenders will decline to lend straight away. Others may impose a full retention of funds until the property has an updated EPC rating no lower than E.

Grade I Listed Buildings
These are just a no-no as they come with far too many issues. And they’re likely to fail the new Minimum Energy Efficiency Performance rules anyway!


Looking back on the list, you can see that many of the properties described are not unmortgageable from a buy to let perspective, they just require a bit of special handling. The trick for us as mortgage brokers, is to match the property to the right lender. We do this every day, so do get in touch even if you think the property falls outside of borrowing criteria – you may be pleasantly surprised.

Here are a few examples of how we have helped with these types of properties: 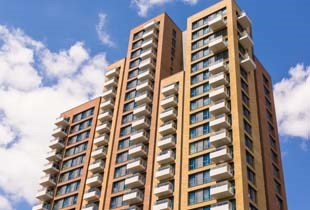 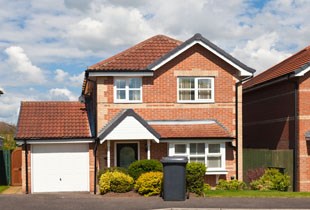 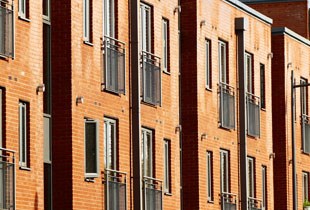