Recent reports from Zoopla and Hometrack show that UK house prices are now rising at their slowest rate for years.

The city of Leicester saw the highest growth of house prices at 4.8% in the year to August 2019, which is the first time since 2012 that the fastest growth rate has been below 5%. Zoopla suggests that this is due to shifting demand, as a result of the recent tax and policy changes and increased mortgage regulation. Prices in Northern cities like Manchester, Leeds and Sheffield have at last returned to above their 2007 peaks while those in the South, including London, continue to be relatively unchanged over the past 4 years, although still 56% higher than their 2007 peaks.

Despite this, the Bank of England has reported a slight dip in mortgage lending for August 2019, down to £3.9bn from £4.5bn in July. This is, however, still above the 6-month average of £3.8bn, which suggests that despite the current political, economic and constitutional crisis, the property and mortgage markets are still holding up quite well. Especially when taking into account the annual seasonal variation over the summer holiday period.

Although mortgages for purchases dropped from 67,000 in July to 65,500, re-mortgages increased from 47,620 in July to 48,510 for August, which reinforces that people are staying put rather than buying in the current climate. Some lenders are reporting an increase in home purchase mortgage enquiries throughout September, so are expecting house purchase levels to pick up throughout the autumn.

Whether you are an experienced portfolio landlord, or just starting out, you can call me directly on 01732 471647 or email jenib@mortgagesforbusiness.co.uk

You can keep up to date with all the latest news by subscribing to our newsletter: 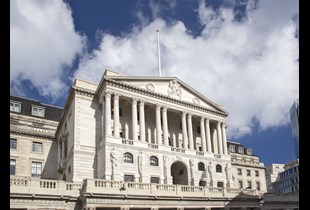