12-month tenancy contracts look to become mandatory in Wales, under a proposed new law announced this earlier this week.

Under the Renting Homes (Amendment) (Wales) Bill, landlords will be unable to serve notice during the first six months of a new tenancy, with the subsequent notice period extending from two-months to six-months. For 12-month contracts, the period before landlords can repossess will increase to 18-months.

This rule impedes a landlord’s ability to issue a Section 21 (no fault repossessions), but not a Section 8 (possession notice, where the tenant is in breach of contract).

The main issue caused by the proposed bill is many landlords use Section 21, rather than Section 8, because it is a faster and cheaper process for removing tenants. Despite the controversy around no-fault eviction, research from the Residential Landlords Association (RLA) shows that 83% of landlords who used Section 21 notices, did so due to rent arrears. Clearly, this news will not be welcome to those letting property in Wales.

The Minister for Housing and Local Government, Julie James, has said that this proposed change will provide greater security for people who rent their homes, particularly those in the private rented sector (PRS), by granting valuable time for individuals and families faced with eviction. She also states that this will still allow landlords to take back their property in a timely manner.

“It’s incredibly disappointing that the Welsh Government has decided not to listen to our comprehensive and constructive response to the consultation on this matter. We understand the PRS has to evolve and want to help tenants feel even more secure in their home than they already are (only 10% of tenancies are ended by the landlord, and the average length of stay is four years).”

The main issue here is that landlords rarely seek to evict tenants without good reason. So to make this proposed new Law (which if passed will come into effect in Spring 2021) a positive solution for both Landlords and Tenants, there needs to be a full overhaul of the court eviction process when a Section 8 notice is served. IF this process was improved, resulting in a system which landlords felt they could trust and rely on, and which was timely and fair in cost, then a much more equitable balance would be struck. 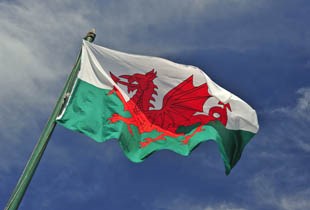