The new Chancellor’s first budget is due tomorrow, but things aren’t necessarily going to plan for Rishi Sunak with the Coronavirus having a significant global economic impact. Sales Director, Jeni Browne, explains what she thinks will be announced that will affect landlords and property investors.

Tomorrow’s budget was meant to be a landmark event; setting the stage for the next five years of government spending with the main aims to upgrade infrastructure and ‘level up’ economic activity between London and the Northern cities. However, in an unprecedented turn of events, the Coronavirus outbreak has meant the Chancellor, Rishi Sunak, has had to rewrite his plans hurriedly.

Despite the likely last-minute amendments, there are several announcements we are expecting to stay in, that could have an impact on landlords.

The Conservative manifesto pledged to increase the National Insurance payments threshold to £9,500, impacting more than 31 million workers across the UK and with 500,000 no longer having to pay this tax. For those earning over £9,500, predictions are that most will see a saving of £104 per year, £85 more than if the government stuck with the standard threshold increase in-line with inflation, which would have seen it raised to £8,788.

During the last election, the Conservatives said that they would not raise rates of Income Tax, VAT or National Insurance. However, the plan was to freeze the thresholds at which people’s tax rates move to 20% and then 40%, meaning that anyone who receives a pay rise in 2020/21 will likely pay more income tax (assuming they are earning over £12,500); this is known as fiscal drag.

It had been suggested, by Sajid Javid, that income tax may reduce from 20p to 18p; however, we aren’t expecting this to be in Sunak’s announcement tomorrow.

Despite George Osbourne’s plan in 2016 to reduce corporation tax from 19% to 17%, starting from April 1st 2020, Boris Johnson intends to reverse this legislation and keep the tax at the existing 19%. This reversal is probably a disappointment to many landlords investing through Limited Company structures, who will continue to pay at 19%.

At the moment, we are expecting an introduction of a 3% surcharge for non-UK residents purchasing property here in the UK, projected to raise an additional £120 million which the government plans to use to tackle rough sleeping.

While there is growing pressure to overhaul the UK Stamp Duty structure, resulting in tax reductions, this is unlikely to happen anytime soon as it would be a huge project for the government. However, the expectation is that, should this occur in the future, there would be an introduction of a mansion tax to raise the shortfall in revenue for HMRC.

Unpopular at the time, there are rumours that the salary level at which this takes effect could increase, rather than removing the whole system itself. This could be good news for any landlords who’s rental income pushes them into this higher tax bracket, but ultimately it depends on what the new thresholds are raised to, if they are. 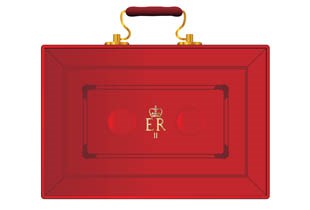