New data from Rightmove and Paragon reveals another positive outlook for the UK buy to let market in tenant demand and rent rates.

Paragon’s landlord survey looked at national and regional demand for private rental property, and the results are encouraging. Overall, 39% of landlords reported rising tenant demand between April and June 2021, a five-year high.

Breaking the results down, 18.2% of landlords experienced a significant increase in tenant demand, and 20.3% a slight increase. Overall, this is an 8% increase on the results from Q1 2021.

Most encouragingly, significant increases in tenant demand were reported in all regions of England and Wales, apart from London. Stand out areas include Yorkshire & The Humber, with a colossal year on year increase of 65%, closely followed by Wales (64%) and the South-West (63%). It’s worth remembering that Wales and the South-West are areas that perform well for yields, with an average of 6.3% and 6.7%, respectively. If you’re researching profitable places to invest in buy to let, you may do well to investigate these areas further!

Director of Mortgage Sales at Paragon Bank, Moray Hulme, says “this highlights the resilience of the private rented sector and suggests that a growing number of people have turned to it at a time when the stability of a good quality home is very important.”

The following data set comes from Rightmove and looks at the average asking rent by region and time to secure new tenants.

According to their data, the average asking rent for homes outside of London has exceeded £1,000 per calendar month for the first time (£1,007). This is 6.2% higher year to date and 2.6% higher than Q1; both the largest annual and quarterly increases since Rightmove’s records began.

Hotspots
The research reveals that the below ten areas, consisting of prime commuter towns, popular coastal locations and city suburbs, have topped the charts for the highest annual increases in average asking rental rates.

London & UK City Centres
Cities, London in particular, were hit hard by the pandemic as many migrated to less built-up areas during lockdowns. As the country has emerged from pandemic restrictions and opened up over the last few months, these areas have finally started to show increased signs of recovery – much to the relief of landlords with property there!

According to the data, London rents rose by 1.5% in Q2 compared to Q1, the first increase since Q1 2020. While this is undoubtedly a positive sign, it’s still down 3.1% annually. If you are looking to invest in London, it appears to be the outer zones driving the recovery.

Looking more broadly at the UK’s ten largest cities, the story is considerably more optimistic. Average asking rents increased in eight out of the ten in the year to June 2021, and nine out of ten an increase in tenant demand in the same period. Clearly, as things return to normal, the draw of city life is also returning.

Rightmove’s data also revealed that, on average, it now takes just 21 days to find new tenants for private rental property, leading to an annual decrease in available rental property of 36%.

In summary, the UK buy to let market continues not only to recover, but thrive. With house prices set to continue rising (albeit at a more manageable pace), demand for affordable places to live in prime locations for jobs will also increase, further driving up rents and yields for landlords.

To discuss your buy to let investment plans and the finance options needed to make them a reality, give me, Narinder Gill, a call on 01732 471604, or email me, narinderg@mortgagesforbusiness.co.uk. 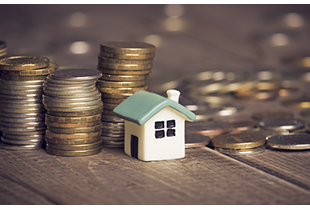