Earlier today, the Bank of England increased Base Rate for the first time in three years, reaching its highest point since the pandemic. Read on to find out how this impacts mortgage borrowers now and going forward.

In an attempt to curve the staggering inflation rate, the Bank of England has increased the Base Rate interest from 0.1% to 0.25%. This decision will substantially impact mortgage borrowers everywhere, especially those not on fixed rates. The increase in interest rates is not a complete shock to the market; with rates so incredibly low, the industry expected an increase around Christmas time. While previous predictions indicated it would only be 0.2% before 2022, the rise is deemed necessary in order to curve inflation, currently at 5.1%.

How will this impact Landlords?

If you’re currently on a fixed rate that’s not due to end for a while, then you don’t have to worry about these changes yet. Your monthly mortgage repayments won’t be affected by this rise until your term ends, but it’s good to be aware that rates available at the end of your term are likely to be higher and may increase your payments down the line.

The people this will affect most are those on variable and tracker rates, specifically those that track BBR (if your rate tracks a different interest base rate, you will need to keep an eye on your lender Standard Variable Rate (SVR)). The rise in this rate will have a real domino effect on the market, causing individual monthly mortgage payments to rise, and a rise in SWAP rates.

What can I do?

If you are on a variable or tracker rate, it might be a good idea to consider changing your mortgage. With an increase just before Christmas, it is almost certain that there will be another rise in the Springtime, so looking at your situation now could save you lots of money in the long term. Even if you have Early Repayment Charges (ERCs), depending on your current rate, it might make sense to switch now and pay a fee, than be paying a higher rate later.

Please do get in touch with us to discuss your current rate. It might be that changing over now could save you a lot of money. Submit an enquiry to speak to a member of our team on 0345 345 6788. 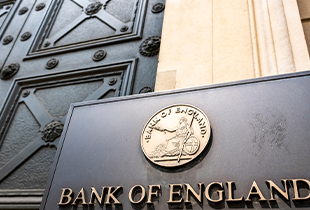