With significant rent rate decreases in major UK cities, how long will they take to recover? Looking at newly released analysis, Jeni Browne explains what the buy to let market's road to recovery looks like.

It's fair to say that the COVID-19 pandemic has disrupted the status quo in the buy to let rental market. Most starkly, we've seen rent rates fall in traditionally high demand cities like London, Manchester, Edinburgh and Birmingham as tenant demand waned. The data confirms that the anecdotal accounts of renters seeking larger properties in the suburbs, either with gardens or close to green spaces, were accurate and nationwide. According to the analysis published by Savills, London saw a decrease of 6.1% in rent rates in the year to November 2020. Conversely, when you take London out of the equation, the UK average rent rate still increased by 2.8% in the same period. Tenant demand has not dropped; it's just moved!

Still, that's probably not too comforting for buy to let landlords with property in London. The data also shows that, excluding London, the rest of the UK made good headway in its recovery during the autumn, whereas this is where London's average rent rates nose-dived. We can attribute this sudden decrease to the increasing amount of vacant property in the capital. Granted, the desire for space and working from home meant many tenants did move out to the suburbs, but we also had a significant number of short-let city-break properties entering the mainstream rental market due to the lack of tourism. Of course, the student market, in particular the international student market, took a hit too. Furthermore, despite a short interruption, construction continued meaning that new developments with property pre-sold to investors completed and entered the market. So there's a lot of excess rental stock floating around and fewer people looking to fill it.

As we can see from data for average rent decreases in other popular cities, these factors are not exclusive to London. Average rent rates in Birmingham decreased by 3.4%, Manchester 1.4% and Edinburgh 2%. London's data is a bit more hair raising, but then the rent rates here have always been far above the rest of the UK average, meaning it had further to fall.

The Recovery
Recovery is coming. The vaccine rollout is now well underway, and just this week we've had the Government's roadmap announcement. The predictions are that while the increase in unemployment and slow economic recovery will initially hinder things, as life return to "normal" towards the end of spring and beginning of summer, the pace will increase. In particular, the hospitality and leisure industries' return will draw people back to towns and cities not only for the enjoyment but also for the jobs. While I'm sure some of us might never step into an office again, it's unlikely that the majority will continue working from home full-time, and the same goes for the student population. The employment opportunities and city-lifestyle will always be a draw for many, and they need housing!

Due to London's significant vacant rental stock, recovery here will be a little slower than elsewhere. However, it's fully expected that the capital will make a full recovery, meaning that rent rates will return and exceed pre-COVID levels as we enter 2022. If you're in the buy to let investment game long-term, this really will be a blip in the grand scheme of things. For those with buy to let investments in other cities, the bounce-back should be a lot quicker.

If you have any questions or would like to talk through your buy to let investment plans, contact our expert team today on 0345 345 6788 or email enquiry@mortgagesforbusiness.co.uk, and they'll be happy to help! 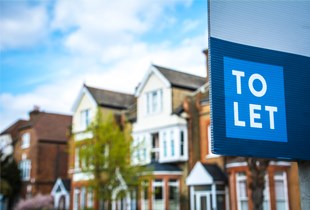