New data from a nationwide landlord survey reveals the current average annual rental income, where in the UK boasts the highest income, yields and tenant demand.

The Mortgage Works (TMW) has released its latest report looking at rental income and tenant demand. The quarterly nationwide report surveys many buy to let landlords about their portfolios over the last year to give an accurate and current overview of the industry.

However, encouragingly, the average annual rental income generated per property has only decreased by £131 in the same period, now £7,397. Rent rates are holding firm despite the challenges of the last 12+ months. In fact, 21% of landlords have increased rents over the previous year, and 22% intend to do so in the coming six months.

Where has the highest rental yield?
As many experienced landlords know, rental income isn’t the only indicator of an excellent place to invest. Often, rental yield is a more accurate indicator of how much your investment will pay you in the long term. If we look at the regional average renal yields, the rankings are quite different:

Which properties have the highest rental yield?
The type of properties you invest in will differ in average rental yields too. While sometimes considered more complex, HMOs and Multi-Units usually attract higher yields as you’ll receive rent from multiple tenants in one property or block.

Regionally, it appears that Wales has seen the highest increase, with the South West, North East, Yorkshire & The Humber and the East and West Midlands also showing above-average increases.

The only regions to not see an increase in line with the rest of the UK was London (central and outer); however, demand has still increased compared to Q4 2020. While London has a lot of catching up to do, it shows that demand here is returning following the decline due to the pandemic.

I’m aware that the changes to rental income tax over the last few years have negatively impacted many landlords, but I believe this data shows a stable and growing industry where significant money can be made. And with buy to let mortgage rates as low as they are, now is a fantastic time to expand, or indeed start, your buy to let portfolio.

If you have any questions about the above, or want to know more about buy to let investment, do get in touch with us on 0345 345 6788 or email enquiry@mortgagesforbusiness.co.uk. 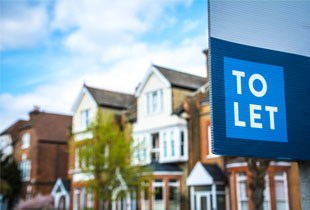