A Conservative party manifesto pledge in 2019, the private rental sector is still awaiting details of The Renters’ Reform Bill. What's likely to be included, and when will the Government publish it?

Initially announced in the Queen’s Speech back in December 2019, the pandemic severely delayed the Renters’ Reform Bill. At the start of 2021, the Government suggested they would deliver the white paper by the Autumn. However, last week, the Department of Levelling Up, Housing and Communities announced that they would delay the reform bill until 2022.

Speaking at the Conservative Party conference, Housing Minister Eddie Hughes said that the team behind the bill were still in discussions to iron out “unintentional consequences.”

What is the Renters’ Reform Bill?

The Renters’ Reform Bill is a White Paper setting out the Government’s intentions to “enhance the rights of those who rent”, according to the Queen’s Speech in May 2021. Originally a Conservative manifesto pledge, the bill will set out legislation that aims to provide more security for tenants and make moving between private rental properties less of a financial stress, among other points.

What changes do tenants want?

The primary purpose of the Renters’ Reform Bill is to remove ‘no fault’ Section 21 evictions, which allow landlords to regain possession of their property without the tenant being at fault of anything. Another primary aim is to introduce ‘lifetime deposits’, which would enable tenants to transfer one deposit to each new landlord (via a third party), thereby reducing the financial toll involved with moving. There are also calls for a national landlord database, which aims to improve regulation, and therefore standards, in the private rental sector (PRS).

A tenant survey completed by SpareRoom revealed that the most popular policy they wanted to see was a public ‘rogue landlords’ database, followed closely by better enforcement on criminal landlords.

According to the survey, making it easier to rent with pets was equally important as introducing a national landlord register and making open-ended tenancies standard.

While pressure groups such as Shelter and Generation Rent are frustrated by yet another delay in scrapping Section 21 evictions, the Government are awaiting the findings of the National Audit Office’s review into the regulation of the PRS. Due imminently, as these findings are likely to ensure the legislation proposed works for tenants and landlords alike.

This latest delay is undoubtedly frustrating for many who want to know what regulation and changes the industry is likely to see. We will, of course, keep you updated with more information as it becomes available. To ensure you don’t miss an important update, make sure you subscribe to our free weekly newsletter! 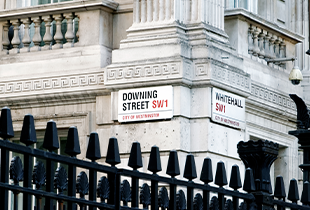