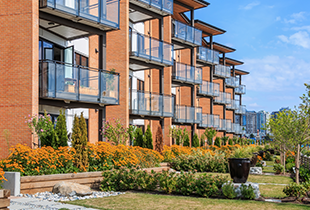 So far this year, the Buy to Let market has seen the most active purchasing behaviour from landlords since 2016. What does this mean for landlords and the private rental sector, and where have they purchased property?

The introduction of the stamp duty surcharge in April 2016 saw the percentage of properties bought by investors drop from 15.9% (Q1 2016) to an average of c10% ever since. However, Q1 saw 13.9% of properties bought as buy to lets, the highest for landlords since 2016, according to research from Hamptons. In Q1, landlords purchased 42,980 homes, worth £8.5 billion in property, nearly twice the amount recorded in the same period of 2019.

This positive increase from buy to let investors could mean the sector will recover from its slight decline in recent months. The fact that landlords have bought more than they have sold for the first time since 2016 shows that landlords still have confidence in the market despite the cost-of-living situation and the rise in interest rates. Not only this, but the share of properties sold by landlords fell from 14% in 2021 to 10% in 2022, which is the lowest fall in ten years. As a result, Q1 saw a net gain of 13,480 buy to lets, compared to the loss of 7,640 in the same period last year.

Regional Q1 data shows that the Northeast continues to be popular with landlords. Of all purchases in the region, landlords and property investors comprised 27.7% in the last three months, which is more than double the amount bought by first-time buyers. Boasting the highest gross yields in the country at 9.0%, compared to 6.5% across the rest of England & Wales, this perhaps comes as no surprise.

Property investors are focusing their attention on the regions with the highest yields. So far this year, the areas with the 50% highest yields are where 71% of landlords purchased their property, which explains why 73% of landlords from the capital purchased rental properties outside of London, a considerable jump from just 24% ten years ago.

Looking on a more localised basis, Middlesbrough secured the top spot for buy to let landlords. Property investors accounted for 58% of all purchases in the last six months, all looking to secure the region’s average gross yield of 8.9%. Calderdale and East Staffordshire follow just behind.

The data also reveals that a substantial proportion of the purchases were previously rented properties, meaning landlords have purchased from other landlords. With 41% of homes having already been let out, there is a clear continuation of this market trend that has been rising since 2018, when it was at 25%. It could be easy to speculate on the motives behind these sales; however, those downsizing their property investments to consolidate debts is to the benefit of landlords looking to accelerate their portfolios.

It is difficult to ignore the financial strain that has been put on landlords and how this could have impacted the purchase and sales activity in this quarter. With many looking to begin work to meet the new EPC regulation requirements ahead of 2025 and the rising cost of living, pressure to ensure profitability on property investments is only increasing. With rising interest rates, the surge in purchases shows many landlords securing investments at a competitive deal now whilst they can.

The Monetary Policy Committee (MPC) are meeting again in May, and many industry experts expect another Bank of England Base Rate rise. Further compounded by 5-year SWAP rates sitting at over 2%, lender pricing will start inching up in the coming days. Our brokers can help you secure a competitive rate before this happens, whether via a remortgage or a new property purchase for your portfolio. Get in touch by submitting an enquiry here, or call us on 0345 345 6788. 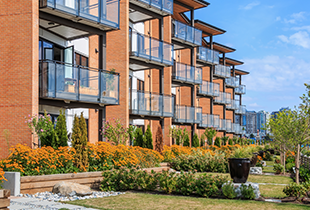 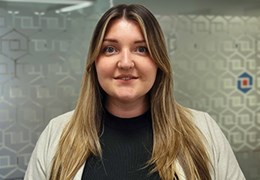