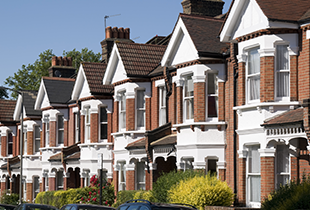 Prime Minister Boris Johnson recently announced plans to extend the Right to Buy policy to Housing Associations. However, opinion is mixed. Find out what this could mean for the housing market and, consequently, the private rental sector.

One of Margaret Thatcher’s most famous policies, the existing Right to Buy scheme provided around two million people the opportunity to buy their social housing property from councils at a discounted price since 1980. Fast forward and in 2016, homeownership for 25 to 34-year-olds has fallen from 55% in 1996 to 34%. Boris Johnson recently announced that he intends to “unlock the opportunity of home ownership” for two-and-a-half million living who live in housing association property. The scheme plans to grant those who currently rent or abide in housing association and social housing properties, the opportunity to purchase their homes at a discounted market value of up to 70%. Currently, some housing association tenants can use a similar Right to Acquire scheme; however, the available discount of £16,000 is less generous than the £87,200 available with Right to Buy across most of England (£116,200 in London).

The intention of this scheme (without any political judgement) and the proposal for its extension is that it should provide more people with the opportunity to own their own homes. Michael Gove, the Secretary of State for Housing, Communities and Local Government, has reinforced that the scheme will work on a “like-for-like, one-for-one” basis, in that for every home sold, another will be built.

However, this is not the first time we have seen this type of proposal from the Conservative Government. In 2015, David Cameron spoke of his plans to extend Right to Buy, resulting in a pilot in the Midlands in 2018. The main difficulty found with the trial was the replacement of the social homes. The Government report revealed the “replacement properties were not like-for-like” and were not always built in the same areas they had been sold. Despite Gove’s promise, if the criteria is not met, Kate Henderson, Chief Executive of the National Housing Federation, promises the scheme will result in a “net loss of social housing”.

How will this impact the Private Rental Sector?

The reality for the Private Rental Sector (PRS) is that even more pressure on existing landlords to provide affordable accommodation due to a lack of actual affordable social housing. For years, the property market has been calling on the Government to provide more affordable homes, a demand which this scheme seems to mitigate. With less than 5% of the homes sold under the Right to Buy scheme having been replaced, the startlingly low stock of available property will only decrease further. Higher demand and lower supply will continue the trend of increasing house and rental prices, making it harder for renters to move and for first-time buyers to jump on the property ladder. The current cost-of-living crisis will only amplify this issue.

While increasing property prices and rents is usually good news for landlords already in the sector, the recent swathe of legislation changes is putting pressure on investors. The upcoming changes to the EPC regulations – with its cost implications for landlords – alongside the 2016 Section 24 tax changes for buy to let investors are only making it more expensive to invest in property, and some people have decided to leave the sector. The truth is that the Government seems to rely on the PRS to stop-gap the shortfall in affordable housing, and this extension of the Right to Buy will only increase this dependence.

What do industry professionals think?

According to the housing charity Shelter, over one million people are on a waiting list for social housing. Their Chief executive, Polly Neate, labels the plans as “baffling, unworkable, and a dangerous gimmick” that will put the supply of social homes at further risk. With the promise of replacing each lost social home having “flopped” throughout the years of Right to Buy, there’s no wonder housing charities are concerned.

Nicholas Harris, Chief Executive of Stonewater, a landlord group involved in the Midlands pilot, said, “Extending the Right to Buy will diminish the supply of affordable homes available to hard-pressed families”. A recent article from The i revealed that whilst 29,000 social homes were either sold or demolished last year alone, fewer than 7,000 were built. It’s this kind of disparity that industry experts are worried about, which will send many of the lowest-income families into the private rental sector searching for affordable accommodation. Wales actually ended it’s Right to Buy scheme in 2019 due to the reduction in social housing stock.

We will learn the full implications of the extension of this scheme in due course and will keep you updated with its progression and what it means for landlords. In the meantime, if you would like any support sourcing finance for your property investments, we would love to hear from you. With whole-of-market access, we can search for a deal that is the right fit for you. Call us on 0345 345 6788, or submit an enquiry to speak to one of our experienced brokers to find out how we can help you. 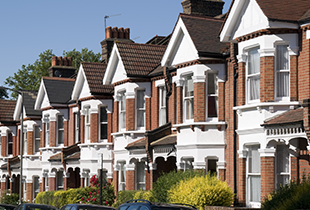 Head of Buy to Let, CeMAP