Mortgages for Business is delighted to announce our partnership with Absolute Military.

Established in 1990, with three men and a dog, Mortgages for Business has more ties to the armed forces than first meets the eye. Our founder and CEO, David Whittaker, served 10 years in the Royal Engineers until 1987, posted to Germany and other overseas locations. To this day, two of his children are also active military personnel, with his daughter serving in the 16 Air Assault Brigade and a son in the Army Reserves.

The Mortgages for Business head office stands on what, for nearly 30 years, was RAF West Malling in Kent. As Britain’s premier night fighter station until the early 1960s, it was then the home of several US Navy squadrons before returning to the RAF. In 1989 the base was reimagined into the thriving residential Kings Hill community we see today.

It’s fitting, therefore, that our partner Military Protection Partner Absolute Military has also found its home here in Kings Hill. The directors have a history in supporting the Military through their legacy with Abacus and Michael Nicholson’s leadership in bringing IED coverage to troops during Iraq and Afghanistan. Since its launch in November 2020, Absolute has brought innovative services explicitly designed for Armed Forces personnel to the market.

Mortgages for Business are delighted to be working with Absolute to provide first-class mortgage advice as part of Absolute’s campaign to dispel as many myths as possible and help military clients get closer to their finances. Not only will Armed Forces personnel benefit from fee-free mortgage advice, but those completing a mortgage transaction will receive £250 cashback from Absolute to help them settle into their new homes.

Thanks to our background and values, we understand the requirements service personnel have outside of the forces, including complexities around mortgage finance. As a business, we treat every client with integrity, giving fair and honest advice that adds value to their property finance needs. For this reason, and in recognition of the value military personnel and their families contribute to our country, we have signed the Armed Forces Covenant to pledge our commitment to supporting the Armed Forces Community to our best ability. 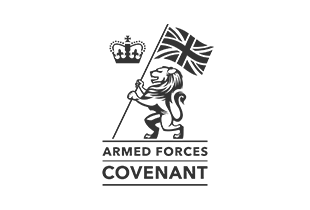