New data shows the highest annual growth rate in private rental prices since 2016 in the 12 months to March. How does this affect tenant activity, and is the market still worth investing in?

According to the Office of National Statistics, private rental prices in the UK in the year to March 2022 increased by 2.4%. This is the highest annual growth rate since July 2016.

England saw private rental prices grow by 2.2% in the year to March 2022; however, this jumps considerably if you exclude London from the data. Without London, prices increased by 3.2% in the 12 months to March, increasing from 3.1% in the year to February.

London, which is slowly starting to make its comeback, saw prices increase by 0.4% in the year to March, double that of the year to February. However, the region still saw England’s lowest rental price growth despite this jump.

Wales also saw an increase in rental prices at 1.6% in the year to March, an increase from 1.4% to February. Scotland followed the same trend, and grew by 2.8% to March 2022, which is its highest annual growth rate since 2012, when records began. Northern Ireland saw the highest annual price increase, at 6.5%.

Industry experts and professionals regard this increase in rent prices as somewhat inevitable. As the cost-of-living crisis continues, landlords will need to up their own prices to cover their costs and maintain a profitable investment. Unfortunately, this is left to tenants to cover, and perhaps unsurprisingly, tenant activity has shifted as a result.

Why are tenants staying where they are with higher costs?

According to recent research, tenants are staying in their rental homes for longer, which is undoubtedly linked to the property market’s ongoing imbalance in supply and demand levels. The amount of time spent in a rental property is still rising, at an average of 23 months recorded in March, up from 21 months in February.

Why this is happening is very simple. There is exceptionally little to choose from, and as such, the cost to move is unaffordable for most people. What’s even more worrying is that because of this, the rotational stock of properties returning to the market isn’t coming, and therefore only feeds the problem.

According to membership group Propertymark, an average estate agency branch only had eight available and empty properties in March, up from just five in February. Out of sync, an average of 93 tenants registered to each branch in March, a significant increase from 78 in February. These statistics clearly illustrate the supply and demand disparity the market currently faces, as well as the increase in prices. Data for March shows that 71% of Propertymark’s member agents noticed an increase in rent prices, compared to just 60% for the same period last year.

How has landlord confidence been affected?

Perhaps most concerningly, there has been an increase in the average number of UK landlords leaving the market, from two to three per Propertymark branch in March. The mortgage sales director at Paragon Bank, Moray Hulme, reports that, with a steady increase in property investors deciding to sell their properties, “we must ensure buy-to-let remains attractive enough to investors who are vital in supplying the properties needed to meet demand”.

Research from Paragon Bank revealed that the proportion of landlords reporting an increase in tenant demand is now at 62%, an all-time high since tracking began in 2011.

The research, which involved over 700 landlords, saw the majority, 34%, record a “significant increase”, followed by 28% reporting just slight increases. Just as this is the highest on record, there was also the lowest record of landlords recording a decrease in demand, at only 3%. At 62%, tenant demand is currently double that of the same time last year, and just short of four times the proportion in 2020, at just 16% of landlords.

On a regional basis, 84% of landlords in Central London noticed an increase in demand in Q1 this year, compared to just 12% in the same period of last year. Wales and the Southwest were the other top regions for increasing tenant demand so far this year.

As such, despite the slow increase in landlords exiting the market, the buy-to-let sector remains a worthy investment. With the number of people looking to rent continuing to grow since the pandemic and rental prices seemingly still on the rise, landlords have ample opportunity to maximise their property portfolios and investments. Ensuring you have the right property finance in place will be essential to getting the most out of your investments, so get in touch to discuss your options on 0345 345 6788, or by submitting an enquiry here. 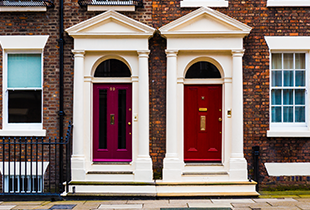