The Prince of Wales addressed the nation for the Queen’s speech this week, for the first time. As part of the address, Prince Charles set out the Government’s ‘Renters Reform Bill’ plans, overturning Section 21, and announcing the proposed changes to Section 8.

This is not the first time we’ve heard about these changes, as it was first confirmed by Theresa May back in 2019. Since then, delays caused by the pandemic and lockdowns have pushed this reform down on the Government’s priority list.

Back in February, the Government announced the Levelling Up paper as an attempt to ‘transform the UK by spreading opportunity and prosperity’. Within this paper came the mention of the abolishment of the Section 21 evictions; however, very little information on what this would mean came with it. Now, we know that there is more of a focus on what this will mean for Section 8 notices, which are issued to end an assured tenancy. However, unlike Section 21, this type of notice is only acceptable if the tenant has breached specific criteria.

The proposed changes for Section 8 include the following:

Currently, the law states that a Section 8 notice meets the criteria should a landlord want to move into the property and make it their own home. However, this does not apply to their children or other members of their family. Similarly, the landlord or their partner must have previously lived in the property.

The proposed changes include revoking the need for landlords or their partners to have lived in the property at some point and widening the criteria to allow for children and family members. There is also mention of restricting these criteria further; however, by only accepting these grounds once two years have passed since the first tenancy agreement was signed. This is meant to give tenants further protection of their homes.

There is a discussion of permitting the sale of a property as grounds for a Section 8 notice, allowing landlords to regain possession ahead of a fixed term ending. This will supposedly be on the same condition as moving into the property: landlords can only use these grounds after two years of the tenancy agreement.

As it stands, if a tenant’s arrears are over two months, then the landlord can repossess the property. The issue with this is there is somewhat of a loophole for tenants, as they can pay back their arrears to just short of the threshold, thereby avoiding attending court. This is frustrating for landlords, as they are somewhat stuck with inconsistent income, and no means of regaining control.

The proposed change is to make it so that landlords can provide tenants with a two-week notice if the tenant is in arrears by two months of rent. If the tenant is still at least one month overdue in payments by the time of the hearing, then the judge will rule this as a mandatory ground for repossession. Anything under this period will be discretionary, but may be considered mandatory if a landlord can provide proof of a pattern of inconsistent payments, building up arrears, and then paying to the threshold on three occasions.

How can landlords prepare for these changes?

What landlords need is a clear timeline for when these proposed changes will take place. Only then will they be able to prepare and adjust their portfolio appropriately within the designated time. The devil is really in the details with these reform bills; without any absolute clarity on the motion, what is and is not permitted will all be a grey area. What landlords need is a straightforward approach from the Government, facilitating the adjustment from the ‘no-fault evictions’ to whatever lies ahead. Until then, any actions from landlords are unlikely.

Hopefully, the full details will be released sooner rather than later, allowing you the time you need to get your properties in order. As and when this happens, we shall let you know. 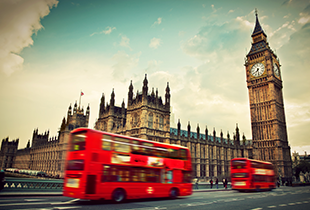