Speaking about the reforms which will affect stamp duty, numerous industry experts explained that the changes could provide a significant boost to the UK’s buy to let market by providing more lucrative returns on modest investments.

According to those in the industry, the changes in stamp duty will generate the “biggest increase in net returns” for modest property investments such as city centre apartments, flats above shops, property in secondary locations and residences in London’s Zone 3.

As well as promising greater returns on their capital, the new tax rules could also encourage further property investment from landlords who had previously been delaying purchases until after the next general election.

The new rules regarding stamp duty will mean that landlords have less to pay out when purchasing properties – helping those in the buy to let market to expand their portfolios.

As a representative example, a buyer purchasing a two-bedroom high-end city centre apartment in Manchester for the average price of £150,000 would pay only £500 in stamp duty. This is £1,000 lower than the amount they would have paid before the changes; providing a substantial boost to the market and making property investment far more attractive.

While the new changes will impact all areas of the industry, it is the buy to let market and landlords with modest investment sums who are set to benefit the most. This is because buy to let landlords typically purchase properties worth less than £937,500 which will allow them to benefit considerably from the new changes which were announced in Chancellor George Osborne’s autumn statement.

According to Osborne, as much as 98 per cent of homebuyers will benefit from the new rates which will see no tax will be paid on the first £125,000 of a property’s value with two per cent stamp duty paid on any value above this but below £250,000.

For more news stories please visit our Buy to Let News and Insight page, or see our previous news on Stamp Duty from back in March. 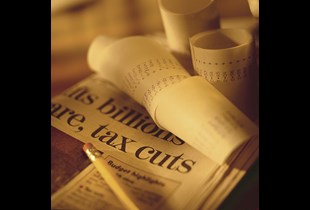