Both the Bank of England and Council of Mortgage Lenders (CML) have announced stricter monitoring and codes of practice for landlords as the buy to let market continues to thrive.

The CML has unveiled a statement of best practice in a bid to ensure that non-regulated buy to let business is responsible and understood.

According to the trade body, 31 of its members have already signed up which represents 90 per cent of the market while other members operating buy to let are expected to sign by the end of 2015.

The principles aim to ensure that the advertising of buy to let services and products is clear and fair and has written out factors that must be considered when assessing affordability.

Members must also act within the new policy when handling any arrears or repossessions while a complaints policy must also be adhered too.

The CML believes the regulations will help to manage the market as although lending to a family member will be regulated by the Financial Conduct Authority from next April, loans for business will not.

“Lenders know how important it is to have a transparent mortgage market, in which borrowers can have confidence, and where lending policy is both responsible and clearly understood,” CML Director General Paul Smee said.

”The new buy to let statement of practice reflects what responsible lenders already do and offers a clear explanation of how buy to let lenders operate. We hope it will make a valuable contribution to understanding the buy to let lending environment.”

Keeping a close eye on activity

The Bank of England has also announced that it will “monitor the buy to let market closely” after reporting a rise in the number of interest-only deals being agreed with landlords.

Minutes from the March meeting of the Bank’s Financial Policy Committee revealed that the increase in deals, while not a concern, did need to be watched.

CML figures show that 18,200 buy to let loans were agreed in January, reflecting a six per cent rise on December, while loans for first-time buyers and home movers fell.

The Bank revealed it will delay any consultations relating to buy to let limits and market management until after May’s general election. 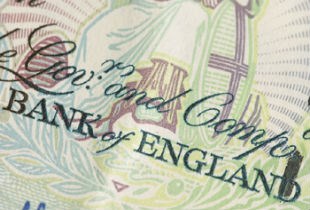