Demand for rental property has increased by seven per cent across the past year, according to Sequence, while supply has dropped by 17 per cent during the same period.

An average of five people are now in competition for every available property, up from a little over four 12 months ago.

Stephen Nation, Head of Lettings for Sequence’s sister company Barnard Marcus, said that this increase in demand is not expected to fall.

“Supply is expected to increase as the number of but to let investors grows following the changes to pension annuities, however not at the rate of demand,” he explained.

In London, an average 8.5 people now compete for every available property – a figure only marginally lower than the peak of 10.5 people noted in October 2014.

This is thought to be caused by an upswing in the number of would-be tenants which has grown by 34 per cent while property supply has decreased by 16 per cent.

The widening gap between property supply and demand is nothing new though with previous reports recording similar patterns and trends for some time.

Last month, rents grew one per cent on February’s figures with the average monthly cost hitting £705. These figures were similarly higher than January with an 11 per cent increase in demand and 13 per cent drop in supply noted in the year to January 2015.

For those with their heart set on living in the capital, London properties charge more than double the average rent at £1,507 per month – an eight per cent increase which coincides with new findings from Knight Frank that reveal prime central
London rental values increased by 0.2 per cent in March.

It marks the third consecutive month that such a rise has been recorded and annual growth is now above four per cent, the highest rate for more than three years.

London’s financial services sector also grew 17 per cent in February with Knight Frank reporting an increase in property viewings (+16 per cent), inspections (+14 per cent) and prospective new tenants (+18 per cent) in March as a result. 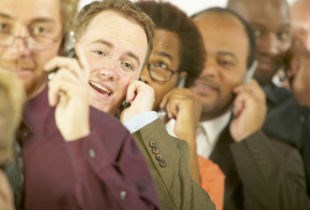