Recent research has showcased how the private rental sector has changed since the early 2000s, highlighting many different sub markets that now exist

The real estate firm Savills used figures from the 2001 census and the latest English Housing Survey to show how the rental situation has developed in the UK.

In 2001 – at the time of the census – 10 per cent of households were privately rented; a figure which grows to 19% in the most recent Housing Survey.

The Savills report adds that the rented sector is absolving pressure from a housing market which is supply-constrained.

It claims that while national figures are great for highlighting overall market trends, many sub-markets now exist and these all feature people of different ages and requirements.

The report suggests the private rented sector was traditionally full of students and young professionals but adds that many other groups are now choosing to rent as well.

It suggests tenants come from a wide range of backgrounds, staying in an extensive set of different property types and with very varied earnings.

Those choosing to rent are not only more varied by age when compared to the start of the century but also work in an assortment of diverse job roles with some new categories of tenants including:

For buy to let landlords and investors, it is important to recognise that all of these groups may have different motivations for renting; investments which are good for one group will not necessarily reflect the needs of another so specific demands should be taken into account.

Data from the 2011 Census can help with this and shows that an increase in renting across all age groups and household types was noted with the exception of those aged 75 years and over.

Those aged 25-35 years are a particularly lucrative demographic with 2.5 million people of those age living in private rented accommodation in 2011 – more than double the figure from a decade earlier.

The largest household type and sector which chose to rent was families with children with one in four of these households in private rented accommodation in 2011 compared to one in ten in 2001. 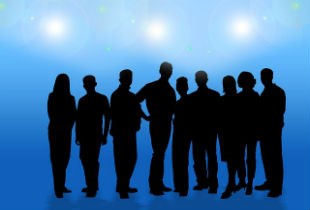