New research reveals that two in five (40pc) of letting agents expect rental supply to drop over the next five years.

The findings come from new research released this week by The Association of Residential Letting Agents (ARLA).

Managing Director of ARLA, David Cox, links the findings to the Chancellor’s Autumn Statement, in which a 3% Stamp Duty Land Tax (SDLT) surcharge on buy to let properties and second homes was announced as coming into effect from April 2016.

“When the rabbit was first pulled out of the hat, we said these changes would be ‘catastrophic’ for the rental sector and this has been echoed by letting agents across the country,”

“The new stamp duty increases will make owning a buy to let unprofitable for a lot of landlords, and certainly make new investors think twice about purchasing a buy to let property.”

Between October and November this year the supply of rental properties increased by 9%, climbing from 173 to 189 properties managed by letting agents.

However, the figures for London paint a different picture.

ARLA manages just 121 properties per branch in London; 36% less than the UK average.

In October, 23% of letting agents reported rent increases for tenants, the lowest figure this year.

“It’s promising to see that the number of agents reporting rent increases is continuing to decline, and this should spread some Christmas cheer amongst renters renewing tenancies or looking for a new property to rent.

However, just under a quarter of tenants are still unfortunately seeing hikes in their monthly rent payments,”

“But if we continue to follow trends we’ve seen in previous months, we should see fewer tenants experiencing increases as we welcome in 2016.” 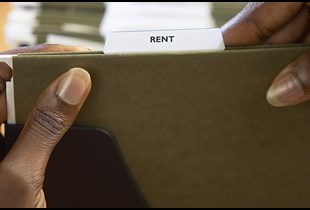