Lending within the buy to let sector experienced a considerable increase from December 2013 to December 2014 according to new data released by the Council of Mortgage Lenders (CML).

A total of 17,300 buy to let loans were secured during December of last year and although this figure is unchanged from November 2014 it represents an 18 per cent increase from a year previously.

This news follows previous research from the CML which confirmed an overall slowing of activity within the housing market but a year on year rise of nine per cent for November.

Looking at last year in its entirety, gross buy to let lending accumulated a value of £27.4 billion – 32 per cent more than 2013. December’s loans were worth £2.5 billion; 32 per cent higher than the same time last year.

As many as 197,700 loans were issued throughout 2014, up 23 per cent on the year before, while figures from lettings agent Ludlow Thompson showed the total number of buy to let landlords hit 1.63 million at the end of 2014 following an eight per cent increase over the year.

Director General of the CML, Paul Smee, noted that the mortgage market witnessed unprecedented changes last year, highlighted by the introduction of significant regulatory reform, but said it has managed to adjust and remain stable.

“There will be challenges in 2015, including preparation work on the European Directive implementation and a general election … but the industry is stronger than a year ago and ready to meet the challenges going forward,” he said.

A study by the National Landlords Association (NLA) from this January also discovered that landlord confidence in the market has dramatically improved – a fact reflected in market activity so far.

They claimed that faith in the market had increased to 52 per cent compared to only 18 per cent two years ago and this could prompt even more buy to let lending as the year progresses. 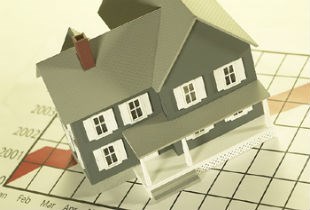