New pensions rulings which will be introduced this April are expected to cause a buy to let rush, experts claim

Property market advisors and estate agents expect significant growth within the buy to let sector as a result of new pension regulations.

According to data collected on behalf of Direct Line for Business back in December 2014, 32 per cent of retirement savers are considering using all or part of their pension to purchase property with the intention of renting it out.

Security was the main incentive behind the predicted rise in “silver landlords” but experts have explained that plenty of other factors are at work.

As well as new pension freedoms, commercial buy to let investments are also exempt from affordability criteria which prevents residential borrowers from extending their mortgages into their retirement years, according to experts.

Buy to let rates are also at one of their lowest levels and this provides an attractive market for prospective investors; especially those seeking to capitalise on their retirement.

Although the Council of Mortgage Lenders (CML) has suggested that the rush into the buy to let market may be more subdued than some have implied there are plenty who disagree.

Managing Director of estate agents Marsh and Parsons Peter Rollings said that at least an initial boom can be predicted as people “will want to pull money out of their pensions and put it somewhere with a three, four, five per cent return”.

Although investors will need to consider the logistics of becoming a landlord very carefully it is still likely to be an attractive proposition as strong tenant demand means rental properties are likely to be let quickly and immediately offer regular income to homeowners.

Jamie Smith-Thompson, Managing Director at retirement adviser firm Portal Financial, confirmed that some of their clients are considering withdrawing their pension to invest in buy to let.

He advises would-be landlords to think carefully about the potential costs of maintaining a property and how they would go about coping with any void periods; although these currently match lows last seen in 2012 and present minimal risk.

Simon Goldthorpe, Executive Chairman at advisory firm Beaufort Asset Management, said that as retirees make the move from tied-up pension pots to accessible money, buy to let will be an “easy sell” due to the returns ‘silver landlords’ stand to gain.

Direct Line for Business previously claimed these new landlords could gain as much as 13 per cent on their buy to let investments come April. 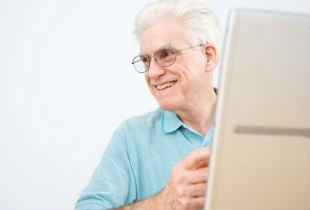