According to new research, landlords are finding themselves competing to attract the rising number of student tenants – and reporting successful results.

In the bi-annual survey by specialist student rental website Accommodation for Students, a huge 70 per cent of landlords managed to rent all of the properties in their portfolios during the 2014/15 academic year.

Among the landlords who didn’t quite manage to let all their entire portfolios, just under half had found tenants to fill over three quarters of their properties.

And while experienced property managers may have to redirect their profits into property renovation, newer landlords have a better understanding of student expectations when it comes to the quality of their housing.

Findings from the last Accommodation for Students survey (carried out in July 2014) also found that landlords have plenty of confidence in student tenants.

As much as 68 per cent of the landlords questioned said they found it better to rent to students than non-students and 87 per cent said students made good tenants.

A further 92 per cent said they planned to continue letting specifically to the student market with a large majority (77 per cent) claiming they achieved better rental yields as a result.

Student landlords also cited fixed tenancy rates and the benefit of an annual market of new students as other advantages of choosing these tenants.

Previous surveys from the website found that rental packages which included bills were welcomed by students and as a result the number of landlords offering this kind of deal has risen from 56 per cent to 60 per cent. 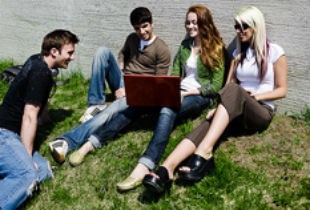