27 per cent of letting agents reported higher rental charges this January, a new report from the Association of Residential Letting Agents (ARLA) claims

The figures show that one in four UK landlords increased the charge on their rental properties between December 2014 and January 2015 and was collected from ARLA members as part of a new monthly report from the organisation.

On average, 27 per cent of licensed lettings agents claimed they had introduced higher rent prices at the start of the year.

The region with the highest number of increases was the East of England including the towns of Cambridge, Bedford and Norwich where 35 per cent of ARLA registered agents declared a rise.

Wales saw the fewest increases with only 11 per cent of landlords implementing steeper charges.

“Due to this, the demand for rental property is increasing, which impacts the cost of renting and people are willing to pay more to secure their desired property,” he said.

“If house prices continue to rise in 2015, we expect this trend to continue in the rental sector.”

The ARLA letting agents taking part in the research also reported that it usually takes just five viewings before a property is taken off the market.

Despite rent increasing the most in the East, this region actually showed a below average viewing count as just three viewings were needed before a tenant was secured.

On the other hand, properties in London took an average of seven viewings before a tenant was found although this region also had the highest number of tenants registered at letting agents.

The average number of tenants registered with each branch of ARLA member letting agents was 38 overall but rose to 45 in the capital.

On average there were 184 managed rental properties for each branch with the highest rate found in the East Midlands where there were 266 per branch. 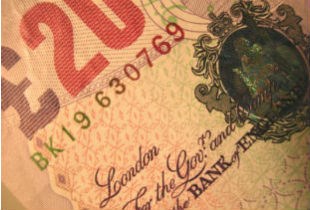