Election-wise, it’s going to be an interesting year for the UK.

The Greek result will, no doubt, cause waves throughout Europe and it will be interesting to see what effect it has here on interest rates.

Here at Mortgages for Business, yet again, we have pushed out our predictions for a rise in Bank Rate.

My best guess is Q2 next year and our sales director, Steve Olejnik, thinks maybe even further away – Q3 2016.

Whatever, the actual date, it’s pretty clear that buy to let mortgage rates will remain extremely competitive for some time yet.

In May, our very own General Election result will affect the shape of future housing policy.

I expect that the CML will have a busy time of it, seeking to ensure that any new initiatives from whichever party/coalition takes the reigns are workable for lenders.

For now though, the CML predicts that even in these uncertain politico-economic times, buy to let lending will continue to progress despite qualms about regulations or the actions of landlords more generally. And I agree with that sentiment. I also believe that those of us working in the property finance sector should concentrate on the business at hand. Let’s not put ourselves on the political agenda.

Which segues nicely into the business at hand…

In the mainstream BTL area we have seen some quite aggressive rate reductions from the likes of Mortgage Trust and Virgin Money who have both hit the tracks running this year – if targets are bullish, it’s the only way to go. I would expect more lenders to start following suit in February.

Leading buy to let lender The Mortgage Works has been busy both on products and criteria. I was delighted when it introduced recently the market’s only 10 year fixed rate buy to let mortgage. Whilst I recognise that it won’t be everyone’s cup of tea, I think there is a need for this type of product, particularly among investors who view buy to let as an alternative pension strategy.

The ability to be able to lock away their investment for the long term has already garnered a number of enquiries to our broker team.

Fortunately, this move doesn’t seem to have started a stampede from other lenders.

The Woolwich has introduced top slicing into its criteria. Allowing the use of personal income in the rental calculation is a way of making up for a potential shortfall.

I expect that this change in criteria is aimed a borrowers with large amounts of disposable income looking to finance high value-low yielding properties. I also expect The Woolwich will look extremely closely at affordability and I can’t see it doing loads of business on this, rather it is looking for ways to innovate at the edges.

Metro Bank, the normally south-centric lender, has extended its geographical reach on vanilla buy to let property to the whole of England and Wales.

It’s currently offering some good rates and doesn’t have a minimum income requirement so it’s worth considering but bear in mind that borrowers may have no more than six mortgaged properties (including their home) and the Metro debt must be serviced from a Metro Bank account, although it won’t insist on the borrower’s transactional banking.

Moving onto the more complex buy to let space, Keystone, our own lending brand has also improved its criteria within the Classic and Premier Ranges (which are funded by our friends over at Aldermore Bank).

We now accept first time landlords and this includes investors operating in Scotland.

Finally, Fleet Mortgages seems to be off to a good start and Axis Bank looks set to join the fray very soon.

May they both do well. 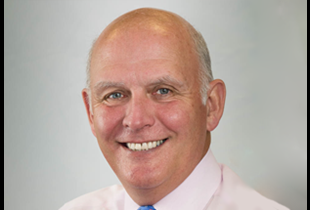