Data from the Royal Institute of Chartered Surveyors (RICS) claims strong buy to let interest is reducing the number of houses available for purchase across the country.

Last month, just 52 properties on average were put up for sale by individual branches of UK estate agents compared to 60 properties only one year ago.

This is the lowest figure recorded for 37 years – in 1978 when the records began.

Landlords and investors snap up properties

Simon Rubinsohn, RICS Chief Economist, said that while low housing supply was partly responsible for the lack of properties for sale, buy to let had also contributed heavily to the trend.

“The burgeoning buy to let sector and the number of people buying second homes has also taken more properties out of the market,” he explained.

While there is an acute housing supply shortage, what properties are available are often being snapped up by landlords and property investors rather than new homeowners.

This, combined with the fact that property can offer more lucrative returns to investors than stocks and shares, means that Britain’s buy to let is continuing to experience a boom.

Further evidence of this is published in findings from the Council of Mortgage Lenders (CML) who released data concerning the type of outstanding mortgages currently held in the UK.

According to their findings, a staggering one in seven of today’s outstanding mortgages are for buy to let products.

This compares to just one in nine mortgages which were described as the same in 2010 and shows how market activity is showing a strong preference for buy to let products – as confirmed by Connells Survey and Valuation.

They witnessed 33 per cent growth in buy to let customers between May 2014 and May 2015 with first-time buyer activity dropping 4 per cent over the same period.

In response, John Bagshaw, who works for the valuation firm, described buy to let as “booming”

He said that prospective landlords were “eager to enter the sector” while existing landlords were keen to expand their portfolios for greater profit.

This is driving activity within the sector while also contributing to the limited availability of houses for sale. 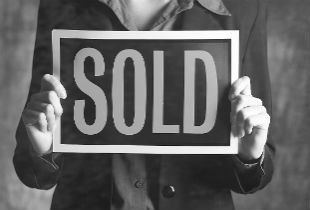