Rents rose for one third of ARLA agents in February while the average number of prospective tenants grew from 38 to 40.

Some 31 per cent of ARLA members saw the cost of properties under their management rise in February, although that figure rose to 41 per cent in the South East.

This region represented the highest proportion of landlords in the country to note rent rises, showcasing that demand remains strong.

“When demand is high then the premium for a home increases; house prices are still sky-high and are unlikely to reduce anytime soon which means that getting onto the property ladder is a challenging and unlikely task for many, so renting a property is the only option available.”

ARLA agents have also reported an increase in the number of prospective tenants which rose from 38 in January to 40 in February according to Property Reporter.

The average branch was found to manage 184 properties in February; the same number as a month previously and showcasing the imbalance between property demand and supply.

For last month’s figures, London saw the average number of properties managed fall from 140 in January to 122 with ARLA research suggesting many of its members are opposed to plans for the private rented sector put forward by the Labour party.

These proposals could see three-year tenancies, new rent controls and stricter rules regarding tenant evictions put in place with seven out of ten agents suggesting landlords would pull out of the market as a result.

This would dent housing supply and negatively impact the rental sector with 46 per cent of agents expecting to lose flexibility and vital business if three-year tenancies were introduced.

A further 69 per cent said they did not believe the measures would benefit renters or landlords, suggesting different action is needed to maintain the market’s booming performance. 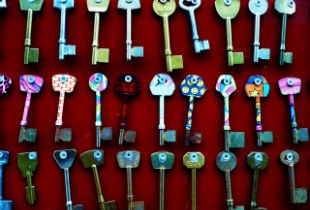