The latest data from the Council of Mortgage Lenders (CML) reveals that while no specific pattern emerged across lending in November and December last year, on an annual basis the value of lending grew across all types, with home-owner house purchase lending up year-on-year by 9% in the fourth quarter.

In December 2015, first-time buyers borrowed £4.5bn for home-owner house purchase, up 7% on November and 18% on December last year.

This totalled 29,300 loans, up 6% month-on-month and 11% year-on-year, as first-time buyer lending was reported to have been given a boost by schemes, such as Help to Buy.

Home-owner remortgage activity in December, however, was down 16% by volume and 16% by value compared to November.

This is an increase in volume of 3% on the third quarter and 14% on the fourth quarter 2014. By value the figure was up 3% quarter-on-quarter and 8% year-on-year.

Meanwhile, home-owner remortgage activity in the fourth quarter 2015 was up 4% by volume and 6% by value compared to the third quarter.

Compared to the fourth quarter 2014, remortgage lending was up 21% by volume and up 35% by value.

Overall in 2015, first-time buyers and home movers saw their highest lending figures since 2007.

Lastly, home-owner remortgage activity in 2015 was up 11% by volume and 20% by value compared to 2014. The value of remortgage lending was also at its highest since 2008.

“Improving economic conditions, boosted by government schemes like Help to Buy, saw the highest quarterly number of loans to purchase a home for eight years. The market has seen a gradual upward trajectory over the past few years, rather than rapid growth, and we'd expect this trend to continue with gross lending steadily increasing over the next two years.” 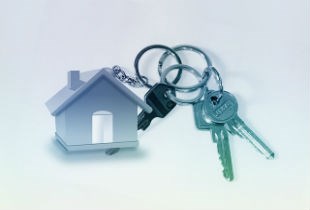