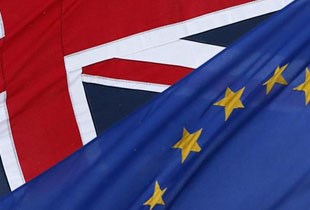 How will Brexit affect Britain’s housing crisis? What hope do Britain’s young people have of making their first step on the housing ladder now?

Mark Easton, BBC’s home editor, has tackled some of these issues in his latest BBC report.

While the Department for Communities and Local Government (DCLG) has said it is business as usual, Easton argues that it clearly is not.

He asks what chance is there now that the government will deliver on its promise of one million homes by 2020? A promise made just last month in the Queen’s Speech.

Similarly, while the Housing and Planning Act gained Royal Assent just a few weeks ago, both Houses of Parliament must still endow “affirmative approval” to rules on the sale of high-value council properties to fund the right to buy.

Surely these initiatives will now join a long queue as parliamentary and ministerial time is re-directed to the ‘massive fallout from Brexit’.

“And even if the DCLG pushes ahead with the policy, some are asking what's the point?” writes Easton.

“We know we are going to get a new prime minister within a few months, one who will have rather more pressing priorities than regulations on the definition of high-value homes.

“There may be a general election this year or early next, in which case all bets are off.”

Furthermore, the starter homes and right to buy initiatives that form part of the act, are heavily reliant on the assumption “that private house builders will build and that bankers will lend.”

“With shares in house-builders having fallen off a cliff since the result of the referendum, and banks likely to pull in their horns during the enormous uncertainty of a post-Brexit Britain, the housing crisis just became a whole lot more critical.”

Greg Clark, Secretary of State at the DCLG and Housing Minister, Greg Lewis are due to meet with house builders this week, where it is said they will be discussing "shared ambitions and assuring the sector that the government is committed to existing housing commitments".

But Easton highlights his concerns for the younger generation of hopeful homebuyers, who have yet to step on to the housing ladder.

Chancellor George Osbourne may have warned of a 10% drop in house prices in the event of a Brexit outcome, but Easton worries that “this silver lining may have been a mirage” for those priced out of the housing market.

“It's still very early days, but if the supply of new homes stalls, as most expect, and if banks also become more cautious in their lending on mortgages, then the chances of getting on the housing ladder will diminish for millions.”

“The fundamentals underneath the government's ambition of one million new homes by 2020 are broken.

“Many thought the commitment was hopelessly ambitious even before Brexit.

“Now, very few in the sector imagine they will get even close.”

So what is the answer? Is an emergency response now needed to solve Britain’s housing crisis? And should that response come from the state, if the private sector won’t fix the problem?

The European Investment Bank has confirmed the £1bn loan for UK social housing that was agreed in April, despite the Brexit vote.

While this is welcome news, Easton says it is only a drop in the ocean, and he stresses that making housing more affordable could be very important in mitigating the disappointment and anger felt by many younger and poorer people in Britain, feelings which may well be compounded by the economics of Brexit.

To offset climbing rents and the lack of affordable housing, an emergency house-building programme underpinned by the Treasury is said to have been discussed by senior figures in the housing sector.

Other solutions include relaxed borrowing rules for councils, allowing them to access capital for sub-market price homes, or the promise of extra grants for housing associations.

It may be that central government starts building houses directly, as pioneered in Cambridge under that last coalition government.

But whichever way you look at it, it is not business as usual, says Easton.

“It is it not even just a bit different.”

“The economic and political rulebooks have been torn up.

“There is an opportunity for the kind of radical thinking that many in housing have been demanding for many years.”

Jeni Browne, head of residential and buy to let lending looks at how you can protect yourself in this period of economic uncertainty.

Gary McKenna, consultant mortgage broker, highlights why it is now more important than ever to consider a five year fixed rate. 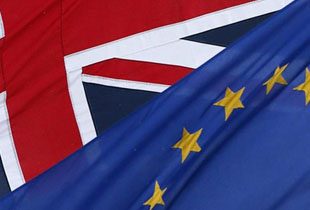